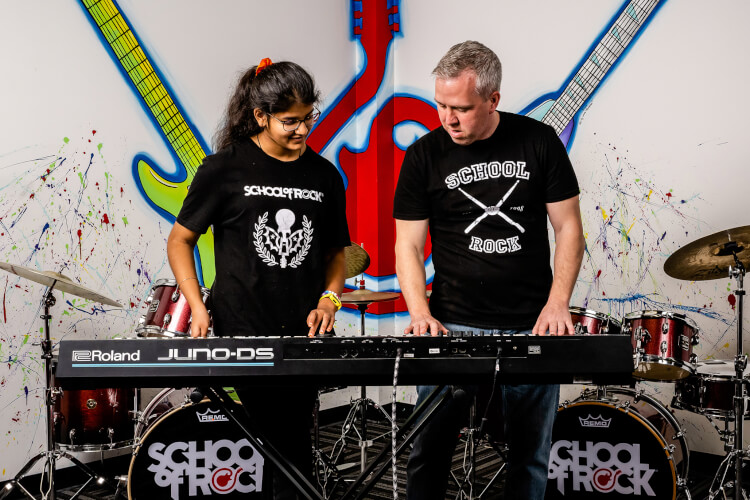 School of Rock recently partnered with a nonprofit with a similar mission, Music Will, to open up more opportunities for kids to learn.

“It became clearer and clearer that our interests were incredibly overlapping in some ways, and profoundly complementary in others,” School of Rock CEO Rob Price said. “It became clear that we needed to take a much more active level in support, and a much more formalized opportunity to build on those complements for both organization’s interests.”

Music Will operates on the belief that music education should be accessible to everyone. The New Jersey-based nonprofit teaches all genres of music—from jazz to Latin to R&B—to kids in the public school system. (Music Will was called Little Kids Rock from 2002, when it formed, until this year.) It operates in more than 6,000 schools across the United States.

This partnership originated because the two organizations already had an informal relationship with each other, and there is a lot of overlap between the two brands in regards to instructors and students, Price said.

Music Will operates on the belief that music education should be accessible to everyone.

Child enrichment opportunities are in demand, Price said. He emphasized “horizontal learning,” which he defines as “complementing technical skills with executive skills, social skills, creative skills—and School of Rock happens to have a formula that addresses all those different dimensions. Our medium is music.”

But they’re still delivering on music literacy and proficiency, he said. Programs include Rock 101, songwriting, an adult program, house band and others. At School of Rock, attendees have 10-12 weeks to learn and grow as musicians before performing in real music venues.

School of Rock operates in 15 countries, and the brand translates well when it opens somewhere new, Price said. “Our concept travels really well,” he said. “It’s a high-value service globally, but it is logistically uncomplicated to grow.”

Ready to Own a Franchise?