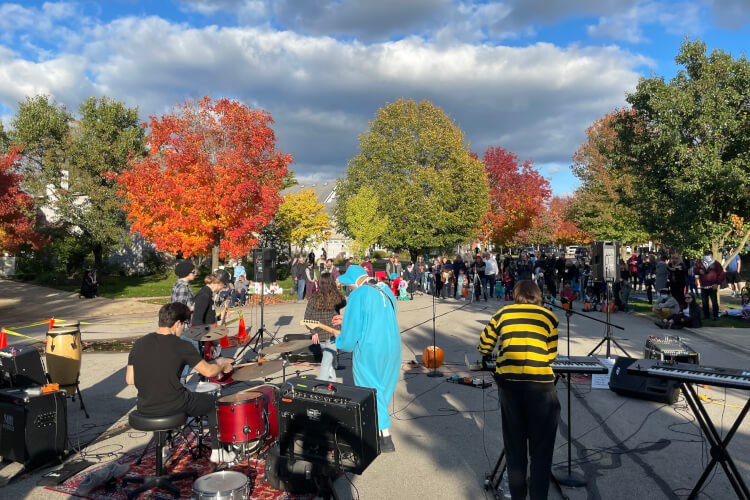 The School of Rock Naperville Houseband had a spooky-themed last gig of the year on October 30th. This was a block-party gig where locals came to the performance to jam out right along with our rockers! The gig even drew the super-young population of the area, who got to boo-gy along to the Halloween songs. Some of our musicians wore costumes, and the locals joined in on the Halloween dress-up. We even had some super awesome School of Rock carved pumpkins to decorate the stage!

This was an amazing last gig of the year, even more so knowing it was some of our seniors' last gig ever. Thanks for all your work on this gig and others, and we look forward to seeing what's next for you!

If you'd like to know about fun community events like these, ask us about being added to our monthly newsletter subscription. 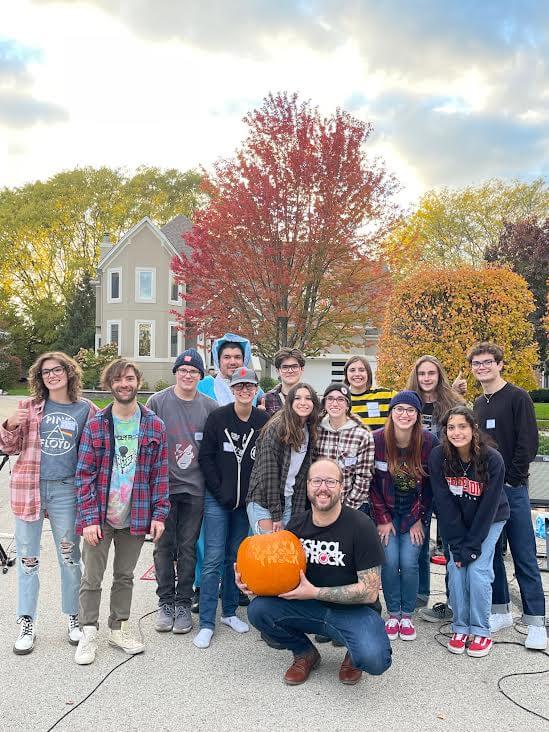