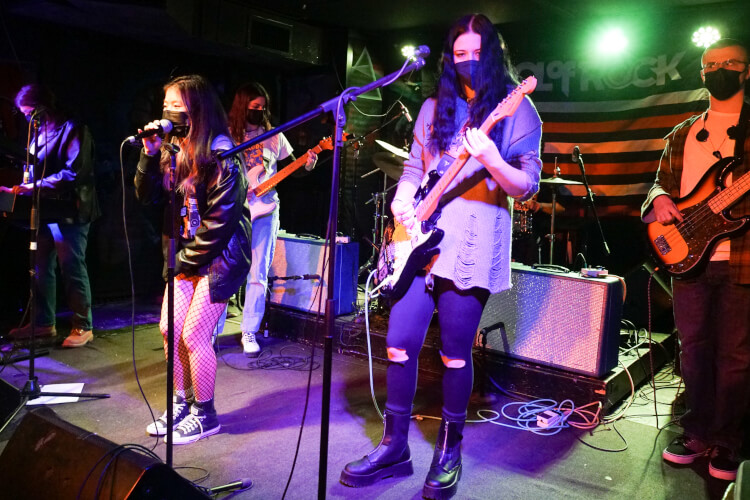 Rock the stage this summer

Start up your engines and turn up the radio, we're going on a road trip! These songs will have you feeling like you're driving with the windows down! This show, perfect for students ages 7-10, will take our students on a journey through all of music history to bring everyone the best hits through the years!

Rock and Roll history is littered with bands who never followed up on the promise of their biggest, and only, hit song. No matter what decade their brief stardom originated in, these One Hit Wonders have been mostly relegated to bargain bins and trivia contests. But their great songs live on! This super fun show celebrates all those songs from the 60s through the 2000s that you know by heart - even if you can’t remember the names of the bands who actually recorded them!

Listen to: Epic by Faith No More, 500 Miles by The Proclaimers, No Rain by Blind Mellon, 867-5309/Jenny by Tommy Tutone, Lovefool by The Cardigans; Eye of the Tiger by Survivor, etc. See Less

The 21st Century has brought in a new wave of artists, starting with an astounding resurgence of interest in pop rock and power pop, which was kickstarted with the success of bands such as Blink-182, Nine Days, Good Charlotte, Sum 41 and more.  2000's rock also spread to female musicians including Michelle Branch, Kelly Clarkson, Avril Lavigne, Alanis Morisette and more.  Get ready for a show full of pop punk, post-grunge, hard rock and more!

Rehearsals for our Adult Program/Grad School take place at SCHOOL OF ROCK SYOSSET/OYSTER BAY, 180 Michael Drive, Syosset. While the rehearsal takes place at Syosset, you are welcome to take lessons at our Huntington, Rockville Centre, Roslyn or Syosset/Oyster Bay locations!