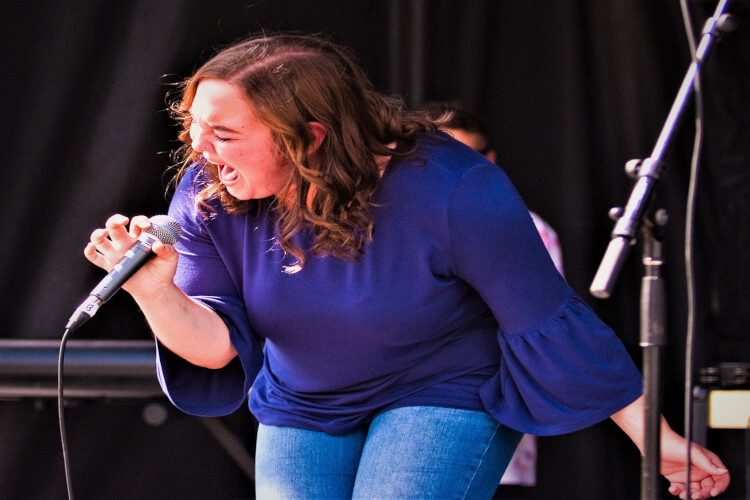 How long have you been playing: 5-6 years

Describe the first time you played live to an audience:

The first time I played live to an audience was at the Navan Fair about 5 years ago. I was a nervous wreck and completely blanked out on my lyrics right before going on stage. However, as soon as the song started, everything came back to me and I felt a little better. It was after the show that I realized I was singing off key. It was a bit of a mess.

Coolest rock and roll moment you’ve ever had?

House Band had just finished a set at the YMCA and everyone was packing up gear, getting ready to leave. As I was putting away a microphone a little girl came up to me and told me she wants to sing just like me when she grows up. Then she gave me a big hug and I hugged her back as tight as I could. It may not seem like a super cool rock and roll moment to you, but it was for me!

What was the hardest thing to get through as you were learning?

The hardest thing I had to get through as I was learning was my fear of making a mistake. I still struggle with this today, but I’ve definitely made some improvements. It took a while for me to understand that it’s okay to make mistakes. You learn from them and they shape you to be a better musician. It’s all part of the process.

Not only do I like School of Rock because I get to play music and perform with amazing talent, but staff and students allow me to be me. I feel safe and comfortable there, I never feel like I’ll be judged. My instructors and bandmates are more than just friends to me, they are my second family 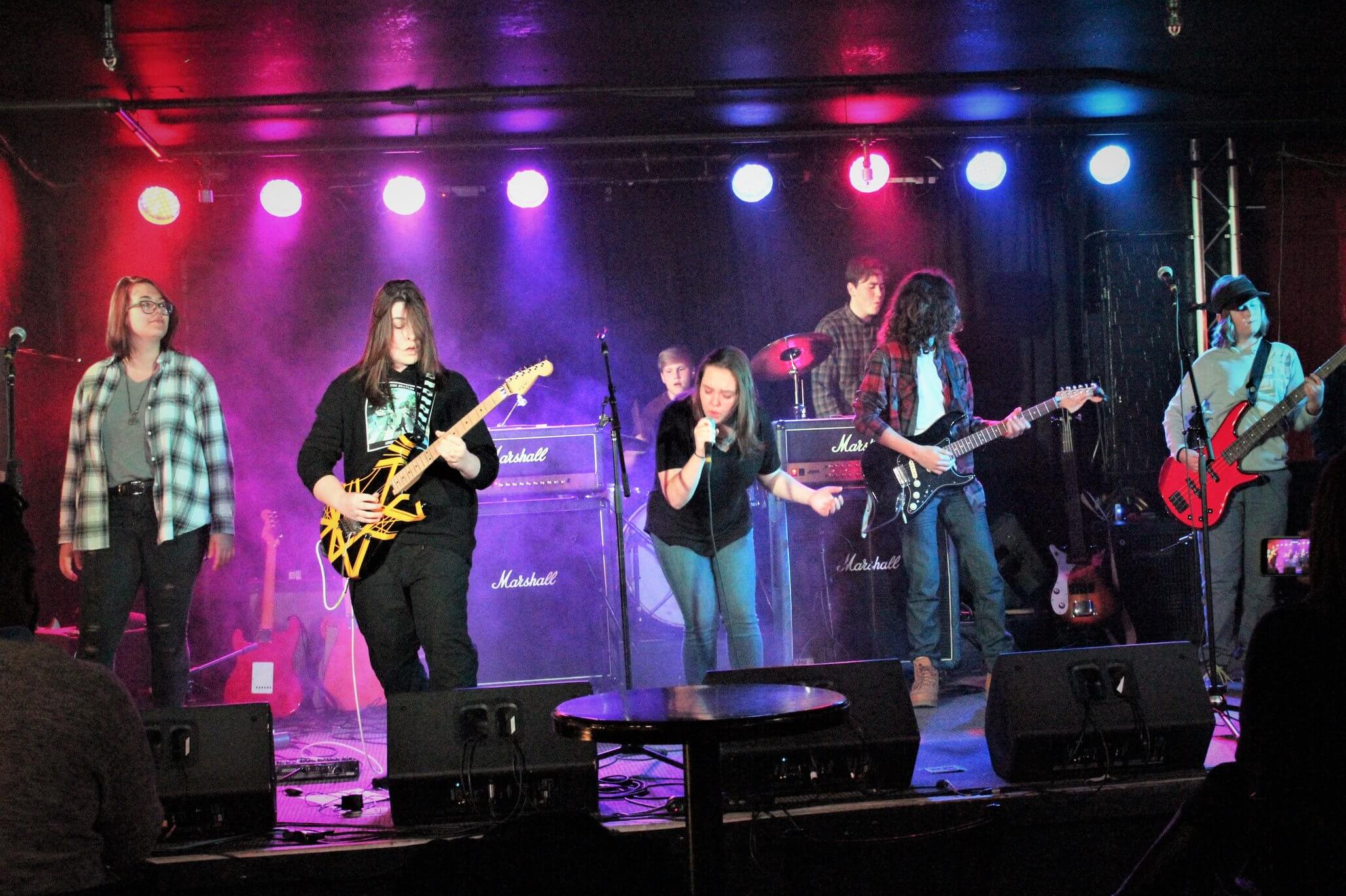 Gab rockin it with the house band