Find the latest news about School of Rock Natick. Read news stories about our students & faculty in Natick, check out what alumni are up to, watch videos and more. 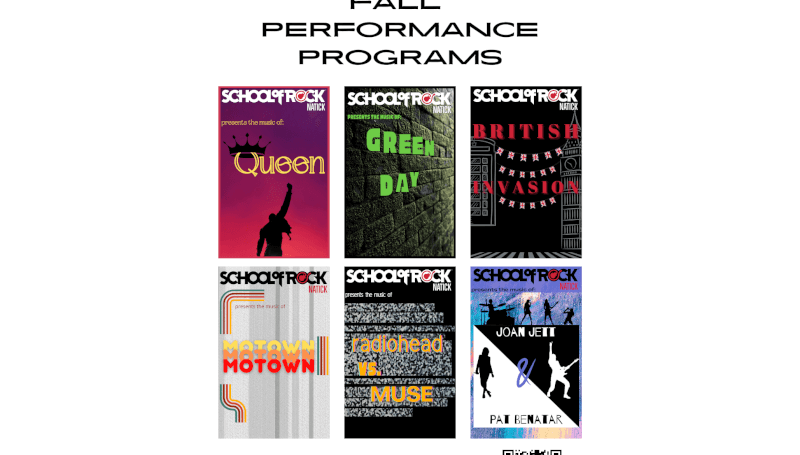 Fall Performance Programs: What You Need to Know

Here at School of Rock, It is our mission for students to gain musical proficiency through performance-based music education, therefore our primary programs pair group band rehearsals with one-on-one lessons to prepare students of all ages and skill levels to play live with a full band. This fall we are offering a great selection of programs that are guaranteed to prepare students with the skills and concepts necessary for live performance. Check out this seasons programs: Radiohead vs Muse: Radiohead has emerged in the 21st century as torchbearers of the progressive rock tradition, and have threaded the needle between innovation and popularity. Muse combines alt rock with electronica, prog, rock opera, and so on, they have topped charts, Rolling Stone is even quoted as saying that the band possessed "stadium-crushing songs". This show will be perfect for advanced guitar and key players, but can accommodate beginner to intermediate players on all instruments. Sign up to perform these bands head to head! Queen: Formed in London in 1970, Queen has had a global presence for decades. Since they were one of the best selling artist of all time, they need little explanation. This show will challenge all instruments, but definitely a bucket list show at SOR! Green Day: Green Day has been an active band since the late 90's, but were known as "Sweet Children," starting in 1987. Their musical style is a glorious blend of skate punk, power punk, pop rock, garage rock, and post-punk.The bass and drums are challenging in their own respective ways, providing speed, high energy and dynamic range as well as keeping time for the rest of the band; a true rhythm section. Sign up and perform the music of one of the most influential bands in punk history! British Invasion: The British Invasion was a phenomenon in the 60s where British rock and pop bands became popular in the US, acts like the Beatles, Rolling Stones, the Kinks, The Who, and so on all got popular due to the "invasion". This show will be perfect for beginners on all instruments, and those still learning to take command over their instruments. Motown: A Detroit label, Motown had over 100 hits in Billboard's top 10 from 1961 to 1971. The explosive success of Motown broke new ground by tearing down racial barriers in the music industry, helping to open the door to mainstream success for countless black creators. This is an awesome show for vocalists and bass players. Get into a groove this fall with this show! Joan Jett and Pat Benatar: Two American Singer-Songwriters are iconic rockstars who began their rise to fame in the 1970s and became prominent by the 80s. Although they have different styles, both artists will challenge to all instrumentalists. Pat Benatar has given us more poppier music with songs like "Hit Me With Your Best Shot" and "Love Is A Battlefield. Where Joan Jett brings a more punk feel with "Cherry Bomb" and "Bad Reputation". We also still have room in our Rock 101 courses available too! Designed for beginners, Rock 101 includes a weekly 1:1 lesson and a weekly 90 minute group rehearsal where the kids get together to play the songs they've been working on in their lessons. Rock 101 is not only really fun, but by putting into practice what they're learning in their lessons, kids are motivated to practice at home, stay invested in learning their instrument, and learn at an accelerated pace. Our Rock 101ers also participate in our end-of-season shows. Rock 101 will be held on: Mondays 4:30-6:00pm Tuesdays 4:30-6:00pm Wednesdays 5:00-6:30pm Thursdays 5:00-6:30pm Saturdays 11:30am-1:00pm 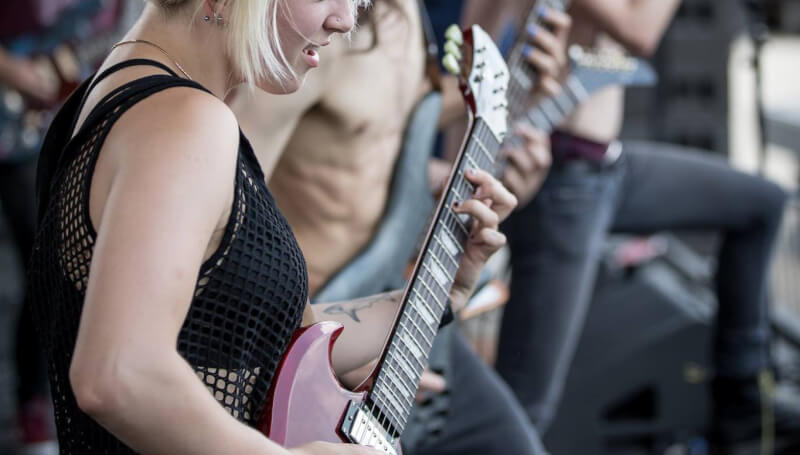 The iconic guitar brand has partnered with the number one music education brand… and it's music to the ears. 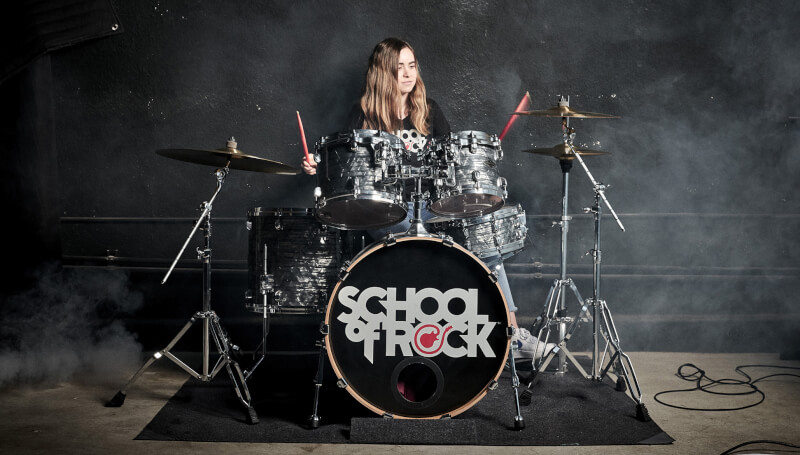 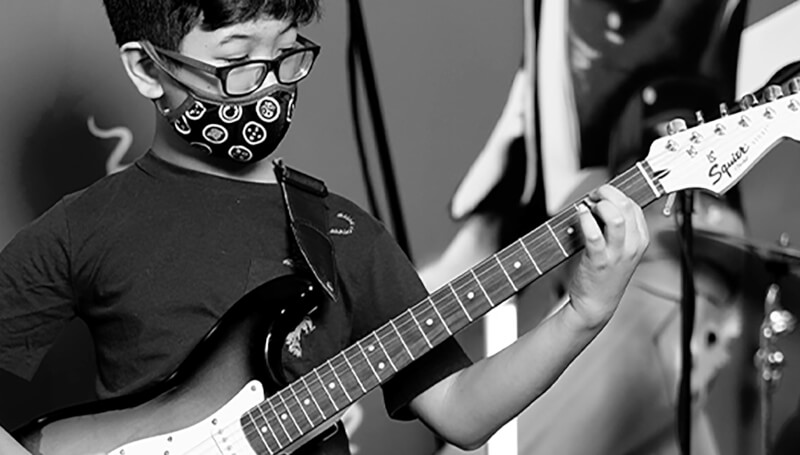 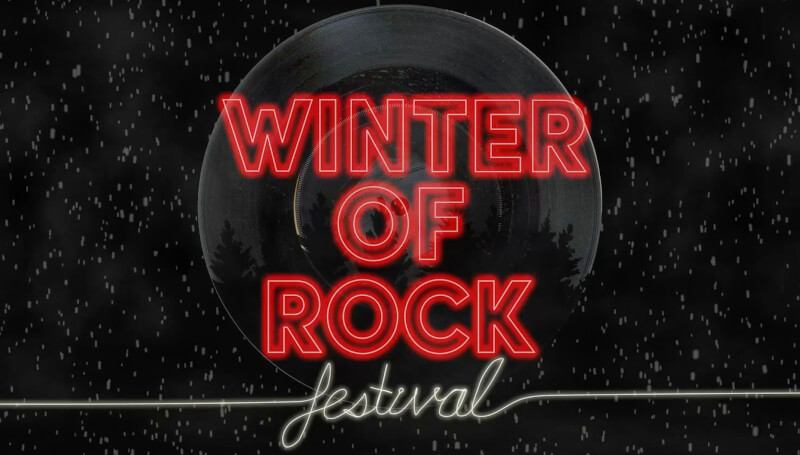 In partnership with Universal Music Group, Hollywood Records and Edgeout Records, the concert will spotlight new up and coming talent. 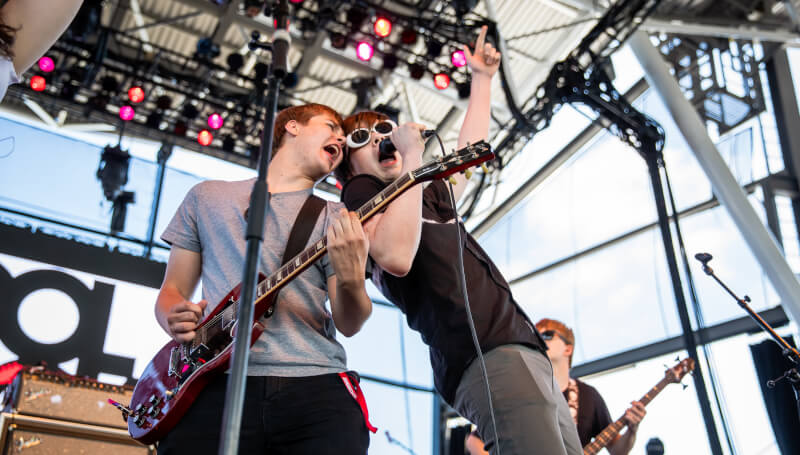 Natick: They've Got the Beat at School of Rock

The School of Rock and its unique approach to after-school music education comes to Natick.