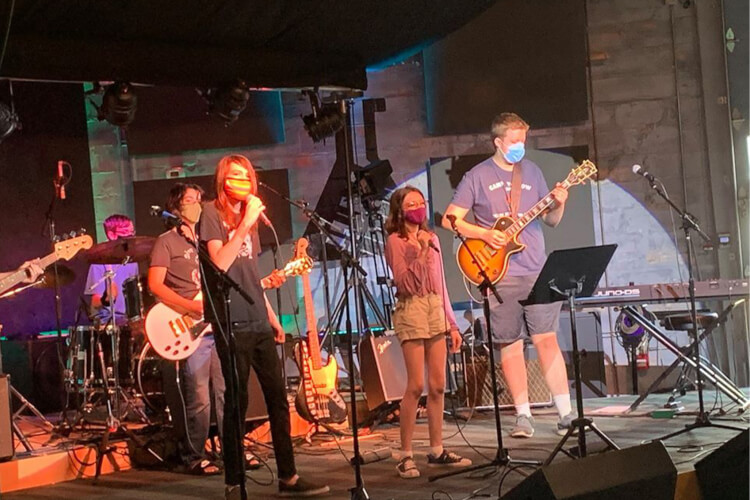 From vocals to great guitar chops to amazing hooks, both bands built their following from playing midwestern warehouses, bowling alleys, university common grounds and even the odd frat party. They both cultivated a hugely loyal fan base, with REO being known as an awesome Midwest boogie-woogie band, and Cheap Trick being known as the best party band to see before being signed in the later 70’s. Both bands gigged frenetically, honing their chops. The songs are classic straightforward rock tunes, with a little juxtapositioning between hard rocking tunes with ballads, often in the same song. Bring your “A Game” vocals and be prepared to memorize the quirky hooks that both bands relied on. Only after completing this show, may you comment why only one of these groups is in the Hall of Fame.

From their Mod beginnings, and a lost generation’s motto “Hope I die before I get old”, to the practice of auto-destructive art and the creation of the Rock Opera; The Who’s reputation on and off the stage was explosive to say the least. By 1970’s recording of Live at Leeds, they had grown to be one of the most powerful live acts on the road, a scene they dominated throughout the 70’s. To accomplish this, they helped develop the Marshall stack, created the first travel ready high wattage PA, the road, and had one of the first lasers used in live entertainment. In this group, you will learn to respect Townshend’s obsessiveness with composition that led him to create the world’s first Rock Opera, a technique most recently used in Hamilton. You will gain skill in playing extremely tight and always on the edge. A must for any emerging or skilled musician.

Led Zeppelin, Deep Purple and Black Sabbath all emerged in 1968 to create a rough new sound for rock and roll, it was christened Heavy Metal. Their sound was massive, meant to be enjoyed loud, and was very guitar heavy. This eventually led to lineups that included such rockers as Metallica, Slayer, Maiden, Priest, King Diamond, The Scorpions, Motörhead, and even early Van Halen. Even some deeper bands like Rainbow, UFO, Diamond Head and Blue Cheer can be included. This will be a shredder’s paradise, but the bands all included amazing musicians that left many speechless.

You also can choose more than one group!