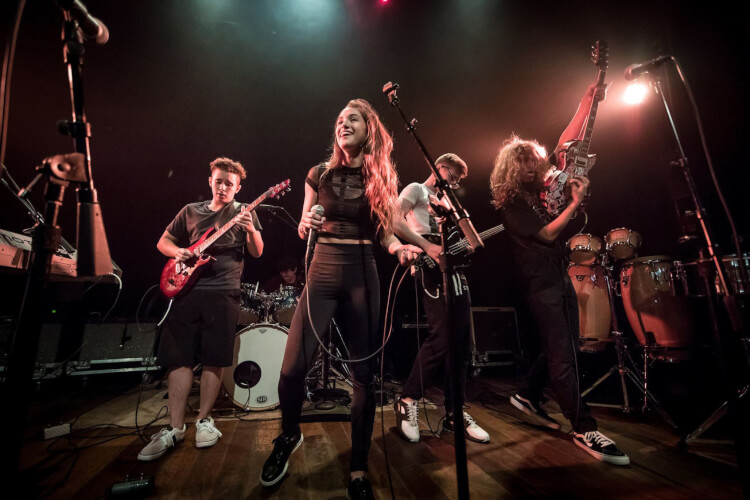 School of Rock has selected 92 of the most-accomplished students from its global network of schools to perform in the 2021 AllStars Music Program. These elite musicians will enjoy the experience of a lifetime during two weekends —July 23 and July 30 — performing and recording music at iconic U.S and Brazil recording studios and live venues. "AllStars" recognition is the highest level of achievement for a School of Rock student.

"This is a momentous occasion for School of Rock as this will be our first in-person student event since the beginning of the pandemic," said Rob Price, CEO of School of Rock. "Playing with other musicians is an integral part of the School of Rock educational MethodTM and we are thrilled to provide this experience to this exceptional group of students. Becoming an AllStar is the highest level of achievement for a School of Rock student and we are incredibly excited to see what these bright new stars accomplish in the professional music world."

School of Rock AllStars are selected from the top 1% of School of Rock Performance Program students. This year, the group also features seven songwriters from the new School of Rock songwriting program. During the AllStars weekends, students will record at the following notable U.S. music venues: Carriage House Studios; Rax Trax Studios; Wire Recording Studios; the Lincoln Theatre; the Den Studios; and the Family Mob studio in San Paulo, Brazil. This year will also feature a remote student team that records online. The Allstars teams will perform and record seven songs, including an original song written by the team songwriter. The songwriters will benefit from weekly mentorship lessons from Page Hamilton, guitarist in the band Helmet, and the chance to have their song performed and professionally recorded.