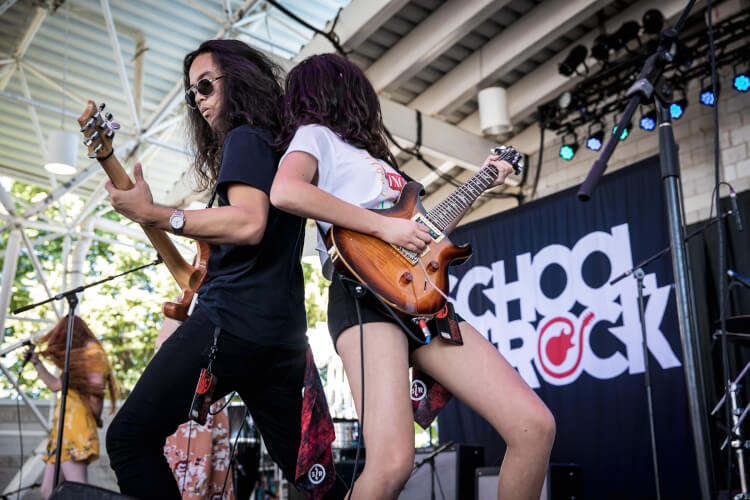 First international performance for School of Rock students since the pandemic

School of Rock to open first location in Portugal this summer

CANTON, Mass. –  June 15, 2022 –  Muse, Black Eyed Peas, Duran Duran….. and students from School of Rock are just a few of the performances set to take the stage when iconic music festival Rock in Rio returns to Lisbon, Portugal this June.

The festival features the “Rock Your Street” stage, positioned in the middle of Rock Street - an area of the festival dedicated to celebrating the world’s diversity and showcasing multicultural street performers and musicians from around the globe. 32 School of Rock bands from all over the world will travel to take the international stage, showing that age is no frontier for the talents featured at Rock in Rio Lisboa.

“At School of Rock, we know one of the most inspiring ways to create a lifelong love of learning is getting the taste of live performance at world-class venues,” said Rob Price, CEO of School of Rock. “It is thrilling to have our talented students featured alongside global superstars at one of the world’s top festivals.”

Rock in Rio started in 1985 and became an instant success,  featuring globally acclaimed musicians such as Rod Stewart, AC/DC, and Queen. From 1985 to 2021, there have been 20 iterations of the festival in locations such as Rio de Janeiro, Las Vegas, Lisbon, and Madrid, with stages being occupied by some of the most legendary artists from Billy Idol, Shakira, George Michael, and Elton John, to Guns N´ Roses, Rolling Stones, Muse and more.

School of Rock will be opening its first school in Lisbon, Portugal later this summer.

School of Rock provides students of all ages an exciting and engaging music lesson experience, which includes bass lessons, guitar lessons, singing lessons, drum lessons, and piano lessons. Drawing from all styles of rock and roll, School of Rock students learn theory and techniques via songs from legendary artists such as Aretha Franklin, Lenny Kravitz, and Led Zeppelin. Thanks to the school’s performance-based approach, students around the world have gained superior musical proficiency, with some moving on to record deals and larger platforms such as American Idol, The Voice and Broadway.

"At School of Rock, we know one of the most inspiring ways to create a lifelong love of learning is getting the taste of live performance at world-class venues"