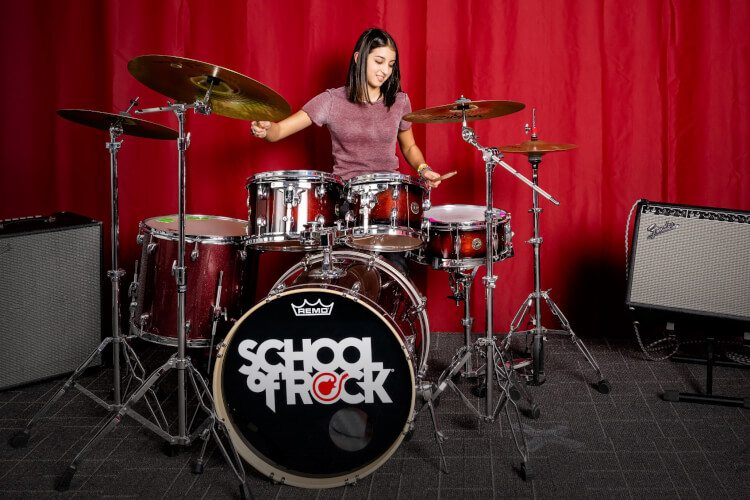 Global Franchise Magazine: Empowering children with the power of rock!

Empowering children with the power of rock!

School of Rock creates an inclusive, passionate environment in which anyone can be free to learn and grow from the power of musical education

Almost everybody loves music. Every culture around the world has its own unique musical traditions, and the U.S. is no different. Whether it was Wynonie Harris or Goree Carter who birthed the genre, it lives on to this day, and is now the School of Rock’s medium of teaching and nurturing.

It’s been a strong year so far for the brand, with School of Rock reaching a mammoth 307 schools since foundation, and growing its student count to over 55,000. As more people recognize the value School of Rock brings, its schools will fill up and soon students will have to join waiting lists! The brand serves students from the age of four years and up, and even grandparents can join a school to release their inner rockstar.

The award-winning School of Rock took home the honour of Best Children’s Service and Education Franchise for the second year in a row and Regional Champion in the Americas category at the 2022 Global Franchise Awards. This is due to the brand’s commitment to its students’ well-being and development, as well as the success of its franchisees.

The brand is continually developing new locations and searching for new global partners as its offering becomes more prominent and it racks up the accolades.

It’s during this process that students build musical proficiency as a part of their top-class musical education, but also other invaluable soft skills such as creativity, teamwork, discipline, commitment and much more. The brand also runs camps, workshops and even provides global touring opportunities!

The group learning model increases student retention as well as results. School of Rock has its own proprietary method books as well as its own app, that can be used by students and instructors alike. This allows students to practice at home, and parents to track their children’s progress. It provides real-time feedback and thousands of songs that students can rehearse.

Traditional musical education providers tend to teach students separately, and rarely in groups where they must learn to collaborate and cooperate. The thousands of live shows the brand hosts every year are where many students really grow their problem-solving skills and confidence.

These techniques are grounded in a proven track record – they’ve been honed since the 90’s. In fact, these techniques are so unique and specialized, that the brand was granted a U.S. patent for their curriculum, School of Rock Method™, in January 2022.

School of Rock understands that its success is underpinned by the success of its franchisees, and therefore, makes every effort possible to facilitate that success.

From the very day the franchise agreement is signed, the brand’s franchisee support team gets to work. The real estate team will begin hunting for a suitable site as soon as possible, and every single internal team is available for the franchisee to call upon.

The brand doesn’t simply leave its franchisees to it either; support is continuous. Upon opening, franchisees will be assigned project managers who can guide them through opening, keep everything on budget and keep lines of communication clear. On-site support will be available too, with both the business and musical education – School of Rock franchisees enjoy unparalleled support from the day they register their interest.

Franchisees will have access to a project management software, which they can use to track the opening of their schools. The operations and I.T. team will be on hand and communicate with new school owners during the opening process so things run as smoothly as possible.

Alongside the 24/7 helpdesk and continued support, franchisees can make use of the brand’s proprietary systems to manage the school, as well as the grand celebration to mark the opening of the new location.

The brand is on the hunt for master franchise partners around the world, and most recently opened in Spain, Taiwan and Ireland. Master franchisees will be offered similar support upon signing, including training to develop support systems and strategies to support their own franchisees in their market.

Ever since Paul Green, the founder of School of Rock, first started ‘jamming’ with his students in ‘96, the method has been constantly improved and refined. Never-ending progression has created the award-winning brand today that is trusted by over 55,000 students worldwide in North America, South America, Europe, Africa and Asia with over 307 locations.

The brand doesn’t ask that its franchisees can play Sweet Child o’ Mine on the bass guitar, but it simply asks for a love of music, and a passion for education. The franchisee has the option of hiring a general manager to run a location instead of working as an owner-operator.

Enjoyment and love for music are universal, and therefore, The School of Rock methodology can translate well into any country and culture. From the U.S. to Japan and every country in between, there are potentially millions of would-be students who are just waiting to release their inner rock star. Join the School of Rock franchise family today and prepare to change your life!