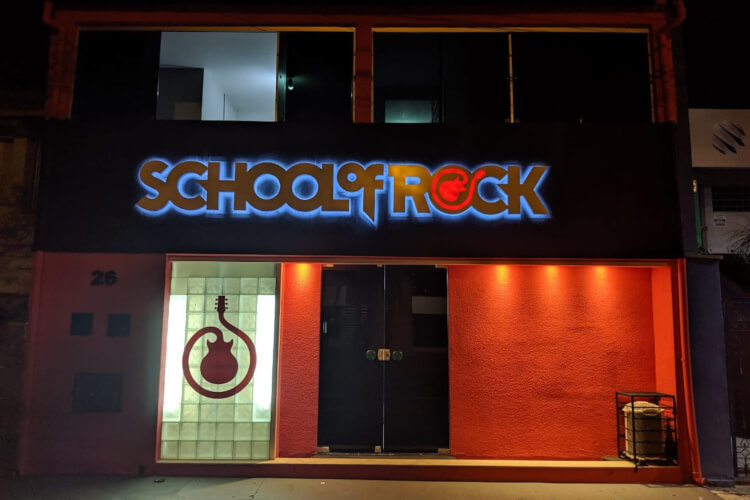 School of Rock, the leader in performance-based music education, announced the opening of its 250th location in Ipanema, Rio de Janeiro, the first of eight schools that will open in the South Zone of Rio de Janeiro. The milestone signals School of Rock’s larger international development strategy to strengthen the company’s position as the premier music education brand in the world.

Paulo Portela, CEO of School of Rock’s master franchisee in Brazil, will open 117 schools, in addition to the 33 already contracted, for a total of 150 schools throughout Brazil over the next few years. Portela also has been awarded master franchise agreements for Spain and Portugal. The first School of Rock sites in Lisbon, Madrid and Barcelona are targeted to open in 2020.

"Rio de Janeiro is central to Brazilian musical history and "cariocas" love rock'n roll. The Ipanema School, along with the first Rio area school in Barra da Tijuca, show our commitment to sustaining that heritage." Portela said. “I am thrilled for the opportunity to accelerate and increase future growth across Brazil, Spain and Portugal.”

“This is an incredibly exciting time to be part of School of Rock as we work diligently to ramp up our international development strategy and reach thousands more aspiring musicians across the world,” said Rob Price, CEO of School of Rock. “We are planning for long term global growth fueled by a passionate community, curriculum innovation, and new strategic partnerships.”

Price traveled to Brazil to finalize and mark these milestones, as well as observe an exciting partnership with Rock in Rio. The School of Rock House, an experiential booth located at the event, gave the more than one million festival goers the opportunity to “play Rock in Rio” as well as get to know the brand. An estimated 20,000 attendees unleashed their inner rock star at the School of Rock House.

Chad Smith, the drummer for the Red Hot Chili Peppers helped School of Rock Brazil celebrate its impact on the lives of its students. Smith, in disguise, surprised 60 School of Rock students, jamming with them, going head-to-head with some talented fellow drummers, providing advice, and taking photos. One scholarship student was graciously invited to join Smith backstage at Rock in Rio and get pre-concert mentorship with the band’s bassist Flea, who gave her tips on how to excel on the Bass.

One of the pressing opportunities that the School of Rock leadership team has identified in its global expansion is to ensure that young people without financial means get access to music. In celebration of the developments in Brazil, School of Rock has committed to working with Associação Para Iniciação Musical (AIM), a nonprofit focused on creative opportunities for children in the country’s most vulnerable communities. School of Rock will make the largest single donation in AIM’s history to help expand access to musical education in the favelas that surround the markets in which the brand operates.

School of Rock provides students of all ages an exciting and engaging learning environment for taking guitar lessons, drum lessons, bass lessons, keyboard lessons, and singing lessons. Drawing from all styles of rock and roll, School of Rock students learn theory and techniques via songs from legendary artists such as Pink Floyd, Led Zeppelin, and Frank Zappa. Thanks to the school's performance-based approach, students around the world have gained superior instrumental skills and confidence on the big stage, with some moving on to record deals and larger platforms such as American Idol, The Voice and Broadway.

Learn more about School of Rock franchising below.