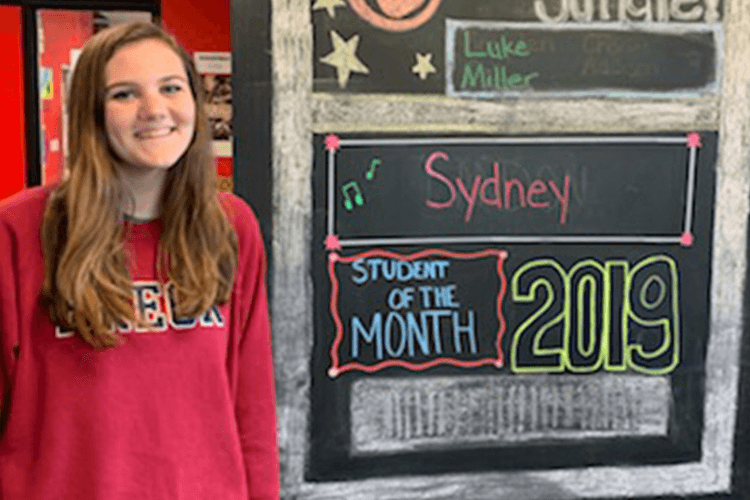 Sydney Jackson is a very accomplished and motivated vocalist/keyboardist here at School of Rock Franklin. Having been with School of Rock Franklin for 6 years, Sydney has succesfully cultivated her musicianship by performing in 13 shows. Her first show was A Tribute to the 80s and her favorite shows have A Tribute To Tom Petty and The Music of Fleetwood Mac thus far. Sydney started at School of Rock eager to learn about the piano and was inspired by her dad, who plays piano himself. She loves playing with him at home and when she was young, she always looked up to him and her older peers who also played the classic instrument. As her musical journey progressed, she started singing along to her playing and became a shining vocalist/keyboardist in our Performance Program.

Sydney's favorite part of music is playing with her friends and being able to showcase her skills on stage. She chooses School of Rock because of the friendships she has built and the venues she has been able to perform at. Sydney says, "If I were doing music on my own, I wouldn't have had the same opportunities." Some of her favorite musicians and bands are Led Zeppelin, Aretha Franklin and Patsy Cline, who all show her diversity in musical taste. Her other hobbies besides School of Rock are all stemmed from her love of music. Whether it be participating in her school's musicals and choir or simply dancing along to the beat, a skill she claims to not be very good at, music is her true passion.

Sydney has not always been a such a seasoned performer, as she recalls her most embarassing moment at School of Rock. "My first show, I sang 'End of The World' by R.E.M and I sang the same verse twice during my performance, " she laughs, "but it was a learning experience and I have never done it again." She also recalls that her favorite moment was performing in Fleetwood Mac because she was able to learn some of her favorite songs with some of her favorite people.

For all new students starting at School of Rock, she sets an example by practicing at least 2 hours a week and says to, "Practice as much as you can. It's more fun when you know your (musical) parts, rather than figuring it out as you go. Then at rehearsal, you actually get to jam out and have even more fun."