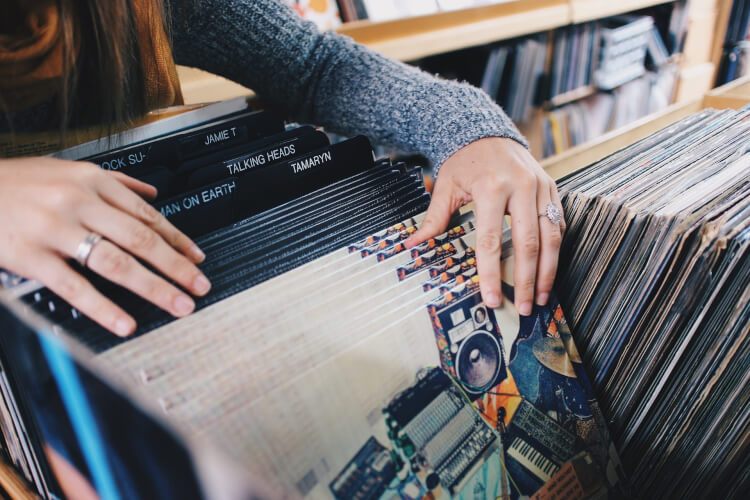 MUSIC ON A PHYSICAL MEDIUM

MUSIC ON A PHYSICAL MEDIUM

With the growing popularity of streaming platforms, digital downloads, and YouTube, both old and young people alike are finding fewer physical forms of music and entertainment laying around the house.  The ability to type in the song you want to hear and immediately have access to it seconds later is convenient.  The fact that you can hold an entire record store in the palm of your hand is pretty appealing.  For many, the action of speaking “Siri, play my favorite playlist” has become the norm in their daily activities.  These are all attractive advancements in regard to our technology and ease of everyday life, but what has it meant for music as an art overall?

Art is meant to be soaked in and observed multiple times from various perspectives. It’s meant to artificially alter the passage of time and distract the consumer in a positive way.  People value music for the feeling it brings to them and for the memories it leaves.  The interesting thing about music in a physical format is that the feeling brought on from the music can go beyond the music itself.  There is more to music than just the sound it brings.  What is easy to lose in the digital age is the aesthetic and unheard joys surrounding your favorite songs or artists.  Sure, the song is the epicenter, but it’s important not to forget the other qualities.

Art is meant to be soaked in and observed multiple times from various perspectives. It’s meant to artificially alter the passage of time and distract the consumer in a positive way.

Being a millennial myself, I vividly remember when music shifted from cassettes and CDs to mp3 players and other internet/computer based platforms.  It could take an entire day or more for a few of your favorite songs to download and only 100 or so would fit on your portable mp3 player.  My mother kept a binder of CDs in the car, and we all knew exactly which tracks skipped on each CD.  The CDs that weren’t in the binder were in broken jewel cases under the passenger seat.  Why were CDs ever packaged that way?  The cases were annoying, clunky, and would often crack accidentally, leaving sharp plastic edges..  Not to mention, a CD typically ran you at least $10.  Today, ten dollars gets you almost two months of Spotify premium and just about anything you could ever want to hear. In the past, spending money on music was much more of a deliberate and premeditated purchase as that same $10 limited you to one disc with maybe 10-14 songs. This had a far more significant impact on your wallet, or weekly allowance in my case. 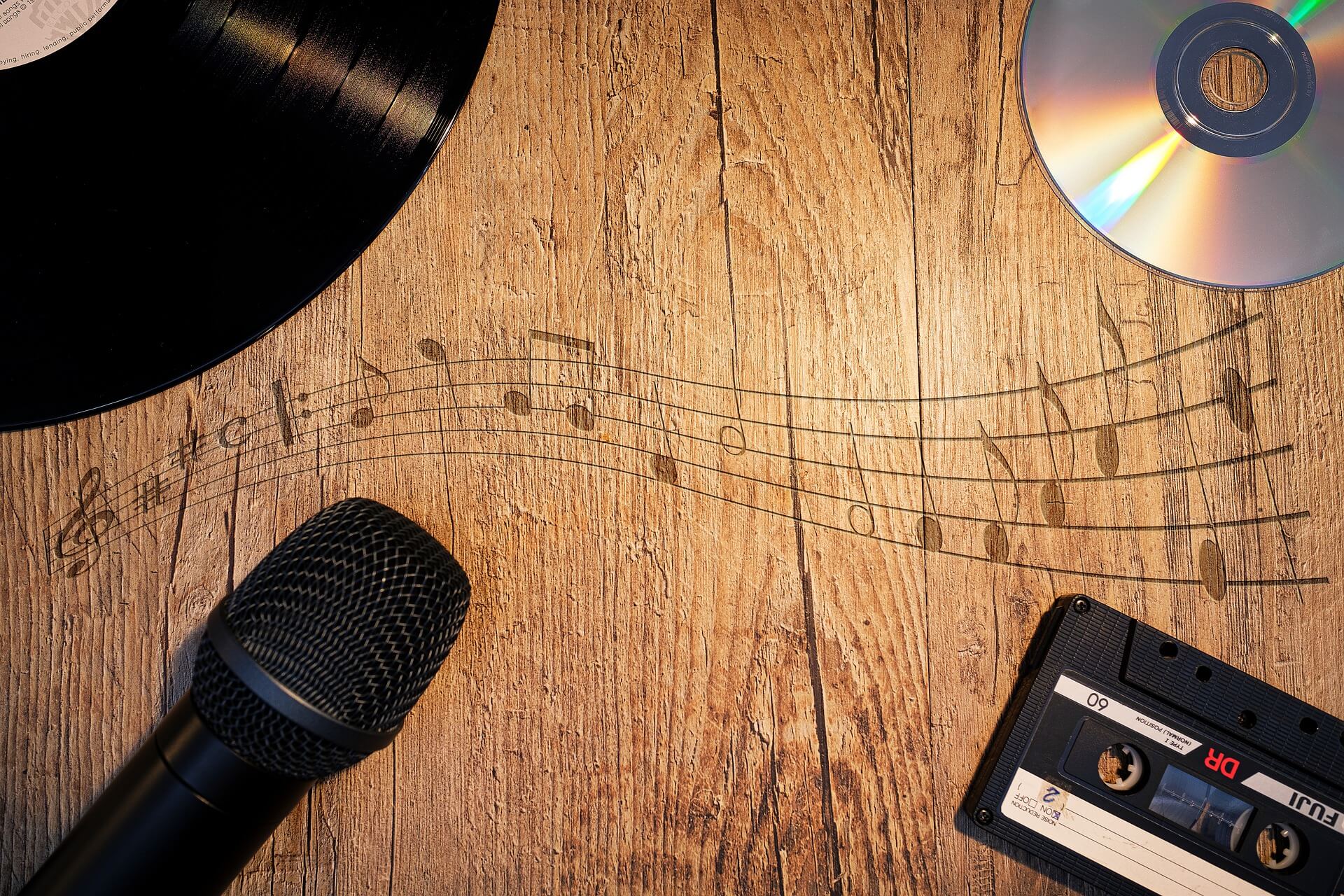 Next time you queue up Spotify or Apple Music, try not to take for granted what art and efforts are beneath the technology and ease at hand.

While these issues are now mostly obsolete, they left lasting memories and connections to those times which, in turn, gave more meaning to that music.  It took effort to write the track listing on your burned mix-CD with a sharpie marker, and you really thought about what tracks were going to be burned on there because there was a strict limit on the amount of storage. Not only that, but arranging the songs in the perfect order was incredibly time-consuming as well.

Nobody could use the telephone while you dialed into the internet during the 56k era.  This meant a limited time to download your new favorite song you heard on the radio before dad would yell at you to get offline.  And the radio---maybe you could sit around waiting to hit record on your cassette player and capture the song for later use.  But, oops, you accidentally taped over your last favorite jam!  The examples are numerous.  Time and effort was a significant requirement in crafting your playlists before streaming services, and it made you really appreciate that artist or song once it finally came out of your speakers.

Taking a step further in the past brings us to vinyl.  After diving head first into music in my early teens, I found myself in bargain bins and at garage sales slowly accumulating old records.  For me and many others, it was the ultimate form of physical music medium, and it still is.  I loved the worn edges, the pictures of the band inside the gatefold, and the handwriting I would sometimes find in the sleeve or cover from the previous owner.  There was visible character and personality in the record before I even put it on the turntable to listen.  Before vinyl, really the only way to hear music was on AM radio or live in concert.  With vinyl records, musicians, for the first time, had a way to mass produce their art and distribute it to the world for consumption.  This meant artists put a lot of thought into what songs would make the cut, what image would end up on the front of the sleeve, and the aesthetic that came with the liner notes and overall packaging.  Artists could translate their messages, image, personality, and feelings to you in a way that was never seen before unless you saw them live in concert.  It also sustained bands with a means of income to continue to produce the art you love.  Vinyl made you pay more attention and brought you closer to the band and the art itself.

In the past, spending money on music was much more of a deliberate and premeditated purchase as that same $10 limited you to one disc with maybe 10-14 songs.

With a vinyl record, you cannot as easily put on “track 3” because you have to drop the needle ever so precisely to get there.  Instead, you would likely soak in tracks 1 and 2 on the way.  There is often something cohesive the artist was trying to portray on any given record as a whole.  At the time, records captured a specific moment or sound in the artists career, and some were meant to play all the way through in the given track listing (think ‘Dark Side of the Moon’).  If you wanted only a certain song or two, you could maybe purchase a single, but you’d be missing the bigger picture by doing so.  Getting up and physically picking a record from the shelf, putting it on the turntable, and dropping the needle is a process.  Flipping the record halfway through is a process.  Putting the record back on the shelf was a process.  There was more of a connection made to that music through these processes, and it can be hard to see that connection as easily or as often in our society today.

Next time you queue up Spotify or Apple Music, try not to take for granted what art and efforts are beneath the technology and ease at hand.  Support both local and national artists by buying their merchandise.  The merch will sit in your house and will accumulate more memories than streaming their songs with a few simple clicks.  It will also sustain your favorite artists which is an incentive for them to turn around and create more for you to enjoy.  Go beyond your favorite tracks and see what else the album has to offer as a whole.  Go beyond the songs themselves and see what other joys physical music medium can bring to your life.  It may be old fashioned and may take an effort, but I think you will be pleasantly surprised in the long run. 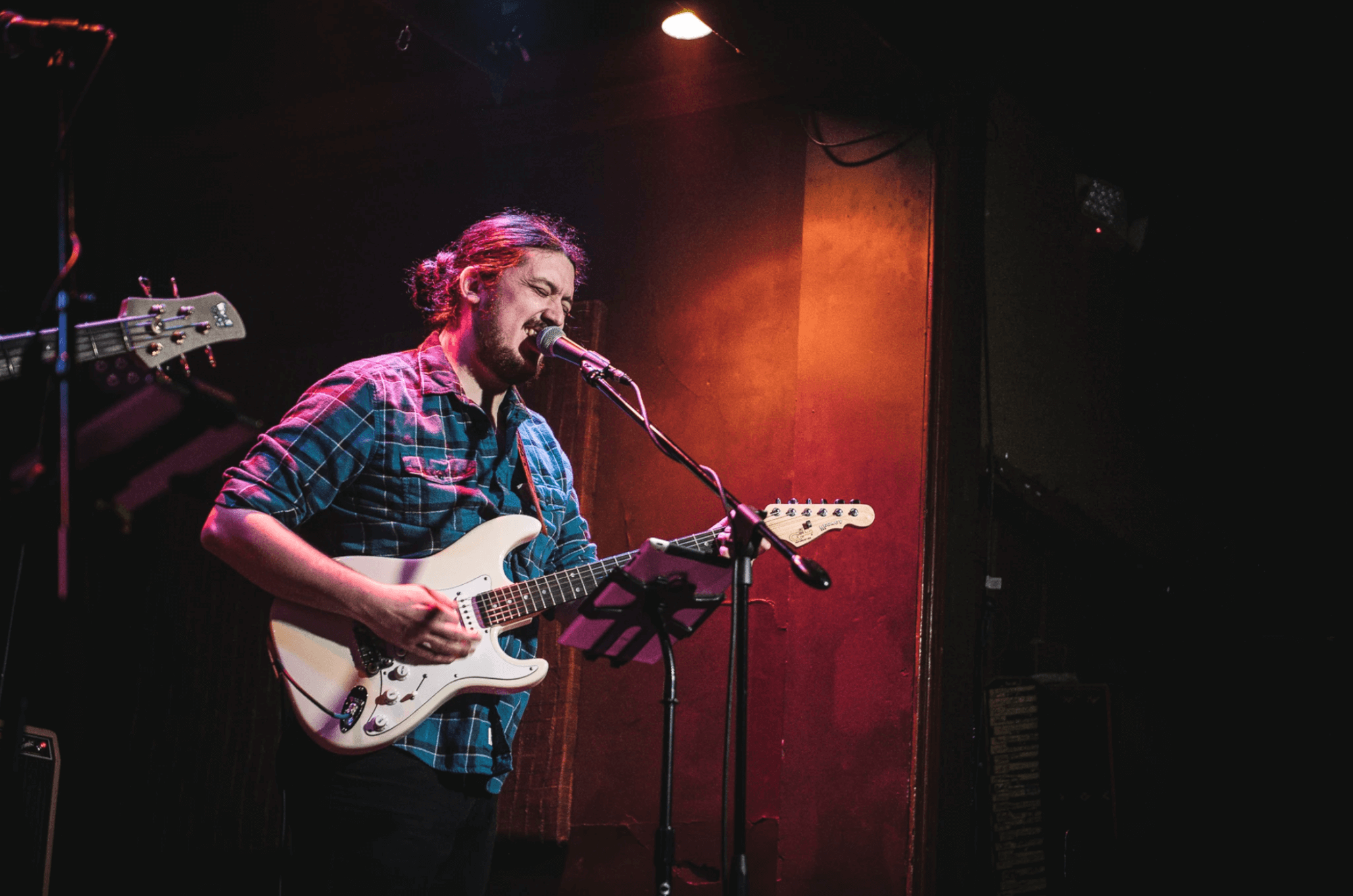 ABOUT THE AUTHOR:
Sean Briskey is a guitarist, vocalist, songwriter and instructor based out of Chicago, IL. He performs frequently with Brooklyn Charmers, Stampy, Great Sky Band, Shady Grady & The Nobodies, and Northwest Corner while also serving as School of Rock Glen Ellyn's music director. He has performed at many notable venues around the U.S. and has shared bills with national touring acts such as The Alan Parsons Project and The Ides of March. He studied under Chicago jazz giants Kyle Asche, Pat Fleming, Anthony Molinaro, and Victor Garcia while at Loyola University.