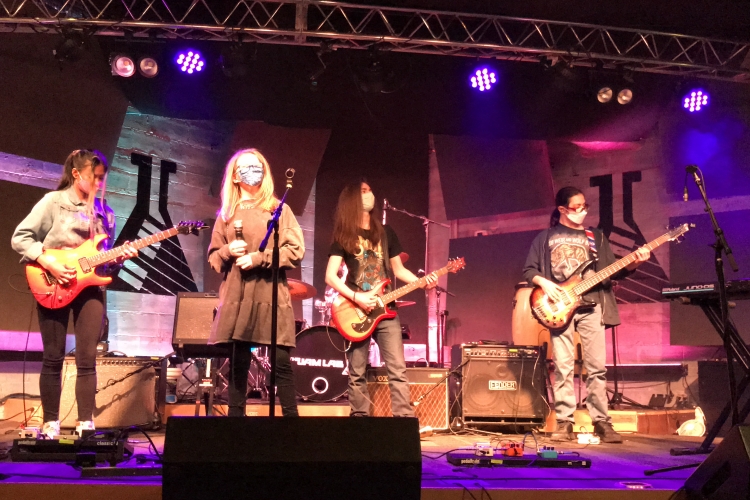 The new Performance season starts the week of June 28th, with the final show scheduled for October 23rd. We will offer 4 Performance Rehearsals this season, in addition to the songwriting program!

This season's themes will all pay tribute to some of our favorite music festivals. Contact us to get enrolled!

This summer, choose the alternative, choose the awe-inspiring, choose Lollapalooza! We’ll be blasting through alt rock hits from Smashing Pumpkins, Weezer, Pearl Jam, Amy Winehouse, and many others as we explore the songs from one of rock’s most renowned festivals!

From humble beginnings to Humboldt Park and beyond! Take a trip with us to the rock & roll carnival known as Riot Fest! From Blink 182 to Slayer to Paramore to Rage Against the Machine, Riot Fest offers the finest in tilt-a-whirl punk, fire-breathing metal, and so much more!

Taking place in 1985, Live-Aid was billed as “The Global Jukebox,” this was one of the largest events ever broadcast reaching an estimated 1.9 billion people across 150 nations. This season is an eclectic gathering of some of the greatest music of the time performed by iconic artists. There is so much jammed into the setlist, that it’ll keep you guessing as to what song is next!

Taking place on an unassuming dairy farm, The festival itself was a blend of several different genres including folk, soul, and latin, that was wrapped up with the now iconic version of the Star Spangled Banner by the great Jimi Hendrix. Other bands/artists that played the festival include: Santana, Janis Joplin, Richie Havens, Sly and the Family stone, and Creedence Clearwater Revival.

School of Rock's Songwriting program teaches the fundamentals of songwriting, arrangement, music theory, and helps students compose original works. These principles are then applied in a weekly session where students work together on songwriting workshops. At the end of each season, students will have the option to perform their original song(s) as part of the season show or to record a demo.