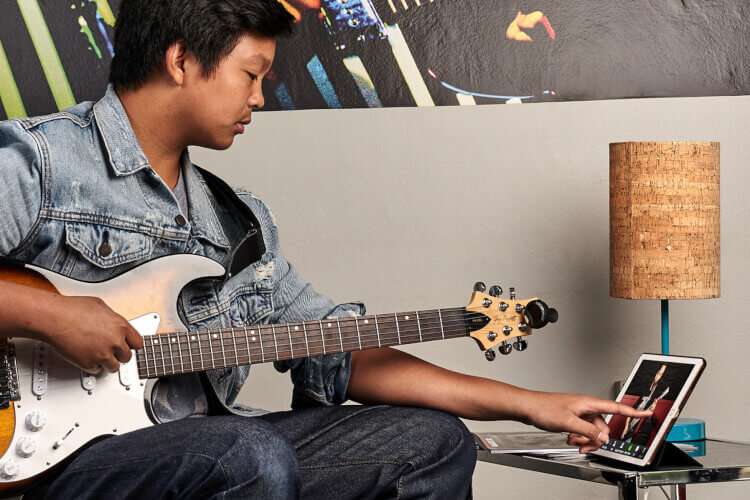 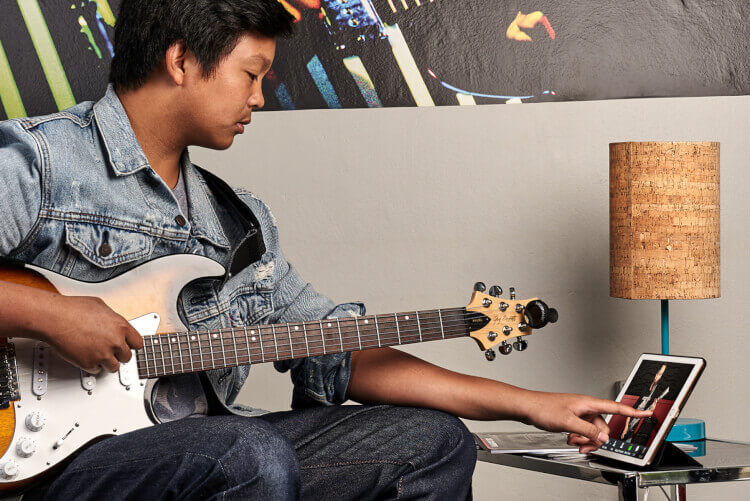 School of Rock describes itself as ‘the leader in performance-based music education’—but when COVID-19 hit, in-person live performances suddenly became impossible. The franchised music school immediately jumped to using Zoom for online video lessons, but varying internet speeds and lagging also put online performing off the table. So the brand revisited the idea of a formal songwriting program and pushed it through the finish line.

“As it turns out, the move to remote and online learning actually lends itself really well to songwriting,” said Sam Dresser, vice president of education at School of Rock. “With songwriting, it’s more about the process of creating a song than performing that song…we can teach kids the fundamentals of songwriting, and they can start to write their own songs and collaborate together without needing to be in-person playing together.”

Dresser, whose primary instrument is the saxophone, received his Bachelor of Arts degree in music with a focus on jazz from DePaul University in Chicago. In addition to his executive role at School of Rock, Dresser has started taking bass guitar and drum lessons at the school and is in his own adult band.

Dresser noted how most music schools take a very academic approach to songwriting, “which can be very dry, dull, slow and lack creativity and inspiration.” School of Rock, however, gamifies the learning process and makes it more fun. 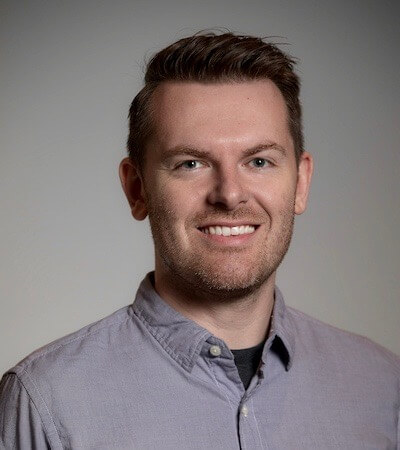 “There’s a power in the balance between the two—leveraging the organic way that people learn music like a language, and marrying that to teaching theory and technique in a way that’s applicable, inspiring and more fun,” Dresser said.

A partnership with Hal Leonard—a music publisher and distributor of Avid Pro Tools, the industry standard for music recording—allows School of Rock franchise locations access to Pro Tools at no cost, so they can set up an in-school studio where students can record. The school’s new songwriting program will culminate in students recording their own demo-quality songs and learning the basics of mixing levels and editing.

“The songs you hear on the radio today, that’s how they all started, with someone recording into the voice memos app on their phone or Garage Band to get their idea captured,” Dresser said. “Then they take it into a professional studio where it’s polished.”

Another differentiator between School of Rock’s songwriting class and competitors is that their prerequisites for students are minimal—they only require students have a basic competency on their instrument so they can better express themselves in their songs.

“We’re introducing students to the fundamentals of songwriting and showing them how easy and approachable it can be just to get started,” Dresser said. “You don’t need to be super knowledgeable about music theory. It’s even debated how much the Beatles knew about music theory.”

The ultimate goal of the songwriting program aligns with the school’s mission statement of enriching lives, Dresser said.

“The process of writing a song is very enriching—putting something out there that hasn’t existed before, that the world has never seen,” Dresser said. “There’s lots of power in doing that, especially in these times with a pandemic and civil unrest and racial inequality. Songwriting is a really healthy outlet to get emotions out there and express your point of view, which has been the case for centuries.” 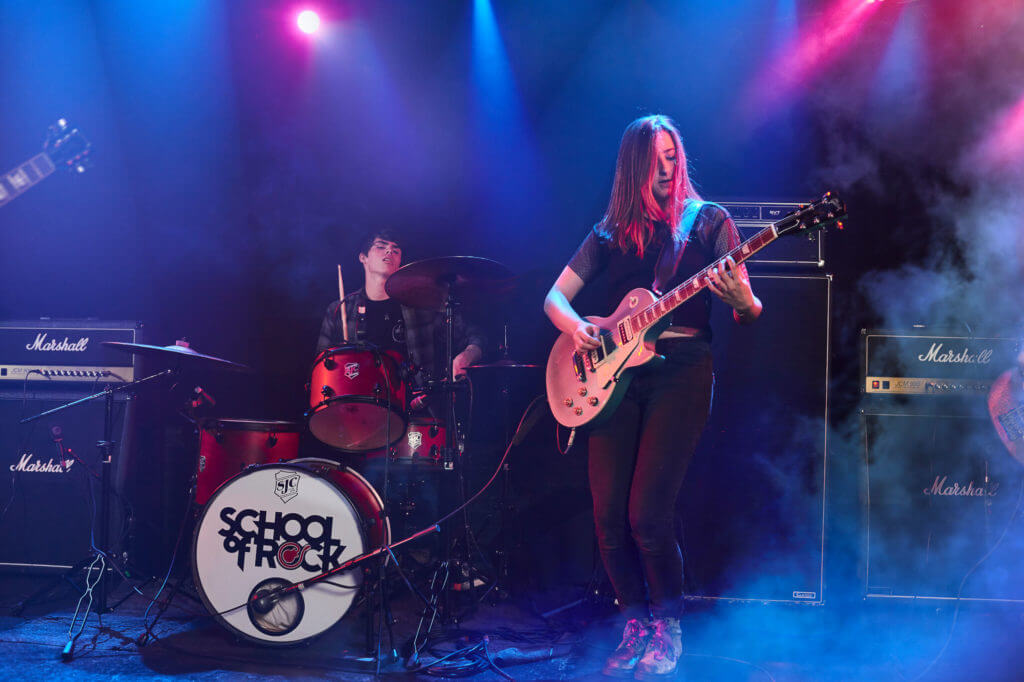 Songwriting as a career

Another benefit of the songwriting program is the potential created for School of Rock students who hope to have a career someday in music. An NBC show called Songland premiered last year, where rookie songwriters compete to turn their songs into hits with top producers. Other shows such as The Voice and American Idol prove the public’s continued passion for music and songwriting, Dresser reasoned.

“We want to empower our students through self-expression, but songwriting is also a way that musicians can make a living,” Dresser said, “Whether writing songs for your own band or others, or even commercials and businesses—it can be a very lucrative career.”

In addition to learning song form, chord progressions and how to write lyrics, School of Rock students also learn how to actually copyright their songs and about licensing and intellectual property.

“This is really exciting because the music world is changing so much—with how musicians can become discovered, to the role of the music label and manager,” Dresser said. “If we can provide tools for these kids to market themselves but also make sure they’re protected along the way, that’s really powerful.”

Additionally, School of Rock doesn’t own the songs that students write in their programs—the students do.

“I’m proud of that because that’s not the case with other music schools, where they own that song and can do whatever they want with it,” Dresser said. “That doesn’t align with our core beliefs.”

Since being founded in 1998 as a single music school in Philadelphia, School of Rock has grown to 280 schools open and in development internationally, with more than 40,000 students.