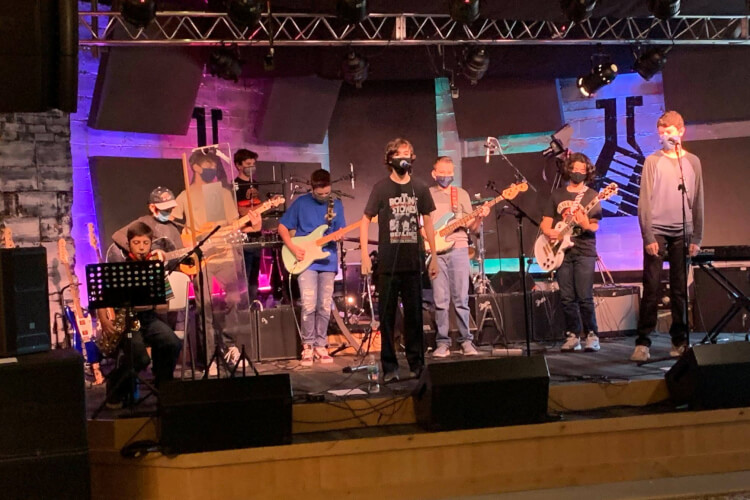 What constitutes a One-Hit Wonder? The Billboard Book of One-Hit Wonders defines the term as a musical act that registers on the Billboard Pop Top 40 chart once in their career. More commonly, the term is used to describe artists whose success for one song outweighs that of the rest of their catalogue.  Some artists wear their one hit as a badge of pride, and others wish they could leave their songs’ legacies behind. Either way, the songs define entire periods of their listeners’ lives. Every age of popular music has their own set of one hit wonders, so there is something for everyone. Every generation remembers specific times in their lives when they first heard these songs. That is the transcendent power of One Hit Wonders- they musically encapsulate memories. Set list will include one hit wonders such as : Soft Shells’”Tainted Love’ Dexy MidNight Runners” Too Ay Ray, “Tubthumper” by Chumbawomba to name a few.

Jazz is not the only musical form that was created in The Big Easy . If it weren’t for Fats Domino, Little Richard and Allen Toussaint, we would not have Rock and Roll, Funk or Soul. Think rhythmic, melodic and energetic tunes; and you got the “Right Place, Wrong Time” kinda groove.  Throughout its rich history, New Orleans fostered a rainbow of musical genres such as R&B, Rock, Hip Hop and even Heavy Metal.  NOLA has been known to spawn bands that incorporate multiple genres together to create something very Bayou.  For example, Alternative Rockers Cowboy Mouth and Better Than Ezra, Jam bands Galactic and Dumpstaphunk, and hard rockers Zebra are all examples of the diversity of the city’s music scene.  More to its core are French Quarter heroes like The Neville Brothers, Dr. John, The Meters, The Radiators and Buckwheat Zydeco. So get those accordions and washboards ready because the hurricanes and parades are coming!

Or is it the worst of the 80s? This is a super fun show! We will be covering songs from Cyndi Lauper, Prince, MJ, Flock of Seagulls, Madonna, Simple Minds, The Eurythmics, etc. This is a great show for vocalists and keys, but there is definitely good guitar workouts (Don’t Stop Believing, Final Countdown, My Sharona, Sweet Child of Mine) The early 1980s represented a sea-change from the earthy, denim and long hair that enjoyed more than a decade of popularity. The Reagan era was about excess; big money, big suits, big belts, big hair, big shoulders, big computers! Musically, Punk was settling into “New Wave”, synthesizers were widely available, and bands were suddenly very image-conscious. You only have to look at the transformation of Ann and Nancy Wilson of Heart from the 70s to the 80s to understand everything about “the look”. Join this group as we explore exactly why “Video Killed the radio Star”. Thrown in some Hair Metal from the 80's and you have a well rounded set list!