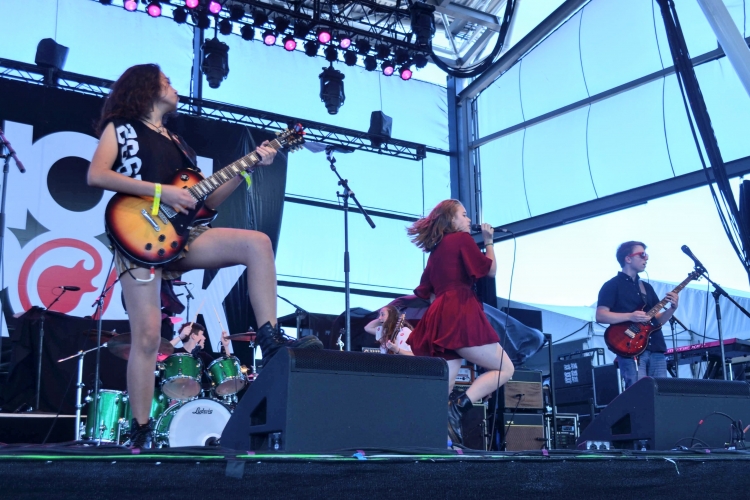 Sydney students take on the world

Students from School of Rock Sydney are touring the west coast of the United States in July 2019.

Dubbed the West Coast Summer Tour, nine students will take their musical prowess to the Whiskey A Go Go in Los Angeles in July and tour with School of Rock students from Perth and Eden Prairie in Minneapolis.

The students will play shows in LA, San Diego, Phoenix, Las Vegas and San Francisco during the American summer.

"They have been working hard this year and have become a solid group of musicians" said Music Director, Hanna Hyeronimus, from School of Rock Macarthur.

Performances will be live streamed via socal media via the School of Rock Macarthur Facebook page.

The OnTour Program is an integral part of the musicians development. Students experience touring as a real band and develop the stamina to stay on the road and perform their songs in a protected environment.

School of Rock's extensive network of schools allows them to be hosted by the local school and perform at iconic venues throughout the United States.