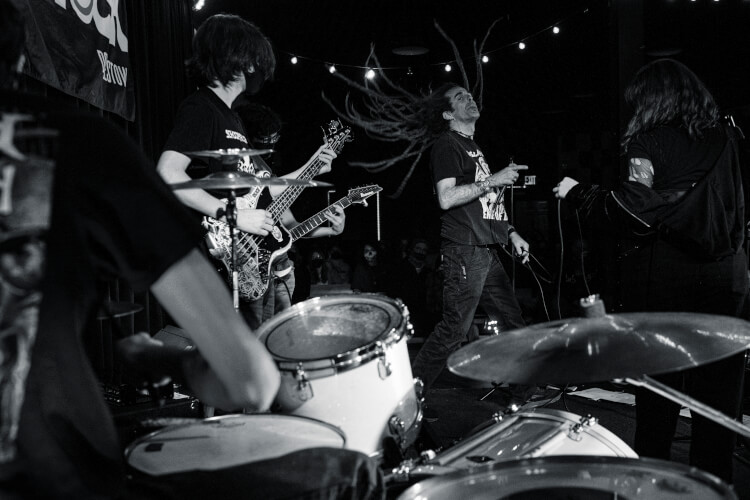 Photo by Annie Morton
"I showed up and these kids were so well rehearsed and they were so engaged. They were not messing around with their phones or TikToking, or trying to prove via social media that they were hanging out with some dude from a metal band. They were there to make music and it was really encouraging to me because the digital world is so distracting.
That was really the most rewarding thing to me — working with kids who were fully engaged in what we were doing and expressing themselves creatively.
I’m from the era before computers and cell phones were so ubiquitous. To say, “Oh these kids, all they do is play on their cell phones..." to a great degree that is true, but once again I need to question my own assumptions and I need to remind myself that it’s foolish to just make these blanket statements.
It was really refreshing to work with a 14-year-old person who would look you in the eye and not constantly be playing with their cell phone. I didn’t see cell phones — we were there to work and make music together and it was just a really engaging experience."
---Randy Blythe