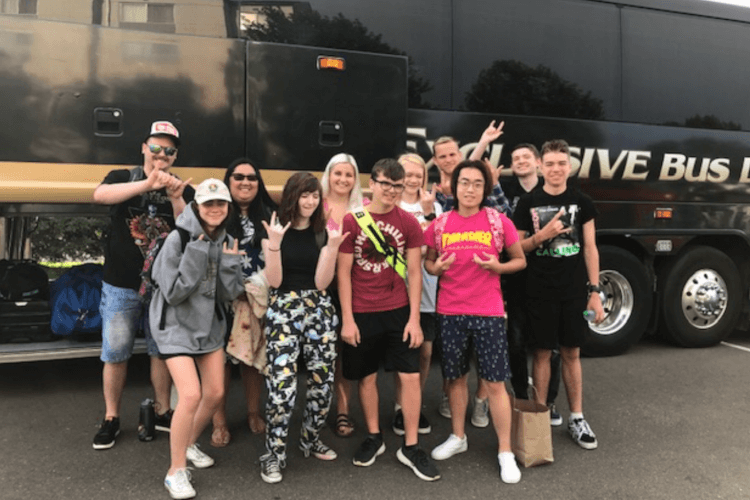 School of Rock, the leader in performance-based music education, brings a “festival within a festival” to Summerfest. This event showcases nearly 600 student performers in 82 bands from more than 40 School of Rock locations around the world. Over the course of two days, the students will rock the Summerfest audience by performing iconic rock songs across seven stages.

This is daytime family fun for all ages and a spectacular musical addition not to be missed by festival-goers. With over 240 locations in 9 countries, School of Rock is fostering the next generation of musicians by putting students on stage in real rock venues, such as the "World's Largest Music Festival" - Summerfest!

The Eden Prairie students auditioned for a role in the band, began rehearsing in May and played several gigs around the Twin Cities to prepare for this tour. In addition to playing at Summerfest, the band is also playing in Chicago at Bottom Lounge on 6/27 and in Milwaukee at The Rave/Eagles Club on 6/28.

They are ending their tour back here in the Twin Cities with a performance at Mortimers on July 1. 60-9pm. It's free, open to the public and all ages. Joining them will be School of Rock Winnipeg and School of Rock Kansas City.