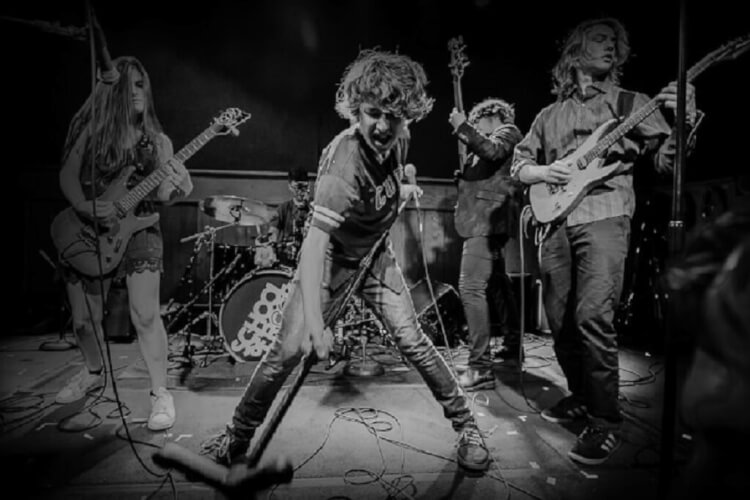 The Best of the 80’s, one of the most influential time periods in the history of music! From Synth/bass heavy nuances of Pop, cultivated by artists like Madonna and Prince all the way to rock bands with melodic guitar lines such as Guns N’ Roses, the 80’s expressed a vast musical landscape.  While the decade brought many new fresh ideas, there were many underlying themes from past years, such as intertwining pop hooks of the 60’s and expanding the synthesizer experimentation of the 70’s which has taken shape through the years. The 80’s, the embodiment of innovation.

Few bands in history are as contradictory and unique as The Who.  They pioneered the progressive-rock and arena-rock genres, with songs ranging from teenage pop anthems to rock operas to heartfelt ballads.  Their early music was not as adventurous as their later work but still noticeably wilder and louder than their British Invasion mod-movement counterparts.  They became known for their intensely energetic and unpredictable live performances, and always maintained a hard rock attitude through their many musical explorations.  From innovations in the use of synthesizers in rock music to the first rock opera, they were truly one of the most groundbreaking rock and roll bands of all time.

There are bands that belong to a genre, and then there are bands that define it. Pink Floyd undoubtedly falls into the latter category. The Rock & Roll Hall of Fame describes Pink Floyd as “the architects of two major music movements -- psychedelic space-rock and blues-based progressive rock,” but they’re so much more than that. In the 1970’s Pink Floyd did the impossible: they brought progressive rock into the mainstream and elevated the genre to an art form. Pink Floyd lays claim to an unrivalled catalogue of top tier albums that evoke the universal landscapes of human crisis, and one that earns them new audiences year after year, decade after decade. Come join us on the Dark Side of the Moon!

In 1973, Hilly Kristal opened a small venue in Manhattan’s East Side called Country, Blue Grass, Blues and Other Music for Uplifting Gormandizers. Despite what its name might suggest, CBGB quickly became an incubator for new wave, punk, and art-rock. By the early 1980s, it was Manhattan’s eminent hardcore venue.  Few venues enjoy such enduring reverence as CBGB, which remains a pilgrimage site for musicians and fans to this day. Performers in CBGB will showcase the music that defined not only the 1970s but also the genres that ruled the airwaves for years to come! Lace-up your Doc Martens.

Jimi Hendrix was a rock guitarist, singer, and songwriter.  His mainstream career lasted only four years, but he is widely regarded as one of the most influential guitarists in history and one of the most celebrated musicians of the 20th century.  Hendrix took liberties with nearly everything. He improvised distortion and effects-filled detours that circled around the songs’ structures and coaxed out a psychedelic, blurry tone that was hypnotic and angelic.  His influence can be heard in artists such as Edward Van Halen, Stevie Ray Vaughan, John Mayer and hundreds of others. Besides the lessons in guitar playing and tone building, this show offers students great insight into classic rock and blues composition.