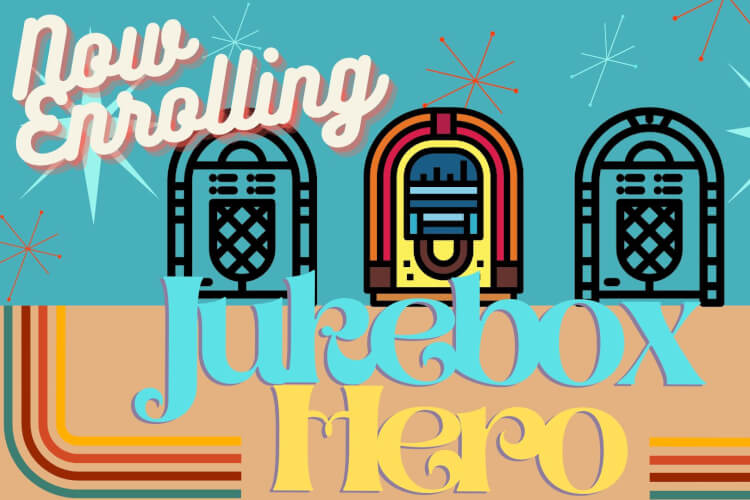 Sign Up Today for the Fall 2022 Performance Program Season!

We're so excited to announce our Fall 2022 show options and to let everyone know they're all open for enrollment! Our four choices present a wide range of tunes and there's sure to be something for everyone. For those who don't know yet about our hallmark music program, the Performance Program, click here to learn more or to scroll to the bottom for more information. Students rehease together for the months leading up to their live shows, which will take place at Zony Mash! Without further ado:

TRIBUTE TO FLEETWOOD MAC -- Fleetwood Mac has been described as eclectic, magical, diverse, and even foundational.   Through a number of transformations, the band has emerged as icons in the realm of Rock and Roll with undeniably recognizable tunes such as “Dreams”, “Go Your Own Way”, “Landslide”,  and “The Chain.”   This show features songs heavy on vocals and some complex song arrangements.

HAIR METAL -- Get the hair teezer out, Aqua Net, pull up those leopard-print tights y’all and come rock out to Hair Metal!  The wild and metal/glam-inspired genre of the 1980s and early 1990s, before Grunge took over, was all about FUN!  Bands of the genre like Poison, Motley Crue, and Ratt are still drawing large crowds to their concerts.  The show is good for all skill levels.  Think Guns n Roses, Ozzy, Van Halen, Skid Row, Quiet Riot, Lita Ford, Def Leppard, Ratt, Warrant, Bon Jovi, Dokken, Whitesnake.

PINK FLOYD’S “THE WALL” --  Considered by many to be the most epic and iconic Rock Opera ever created, Pink Floyd’s “The Wall” won several film awards in the early 80’s for both the movie and the music.  It continues to be regarded as perhaps the band’s greatest accomplishment, and offers an amazing opportunity for the students to learn a wide variety of musical styles, while teaching about thematic presentation.  Be advised there are mature themes in this show.

THE CLASH VS THE RAMONES – In one corner you have The Clash, the most accomplished band from the English punk movement.  In the other corner you have The Ramones, who were a huge part of the New York punk scene. These guys generally get credit for inventing punk, although that is a heated debate.  Either way, this is gonna be a great show incorporating Punk songs from both continents!

JUKEBOX HERO - The idea is: You walk in to an old bar, an old diner or arcade and see something that lines our nostalgia filled minds: A JUKEBOX. You walk over and see all of the hits from yesterday and today, everything from Aretha Franklin, The Beatles, John Denver to Maroon 5. The hits from all of the decades that span Happy Days until today this show will be filled with songs we all know and love.

The Performance Program at School of Rock Metairie/New Orleans is our hallmark music program, where tens of thousands of students enroll each year. It consists of a weekly group rehearsal where kids and teens learn by playing rock music's most iconic songs with a band composed of their peers. Students are assigned songs and parts that are tailored to them based on their age, experience and ability to learn new skills and concepts. Students then work through their parts in weekly private music lessons, refining the skills and concepts that those songs introduce. The goal of this curriculum is to prepare kids and teens for live performances. Every few months, School of Rock Metairie/New Orleans Performance Program students take the stage and play at local Metairie music venues in front of a live audience.