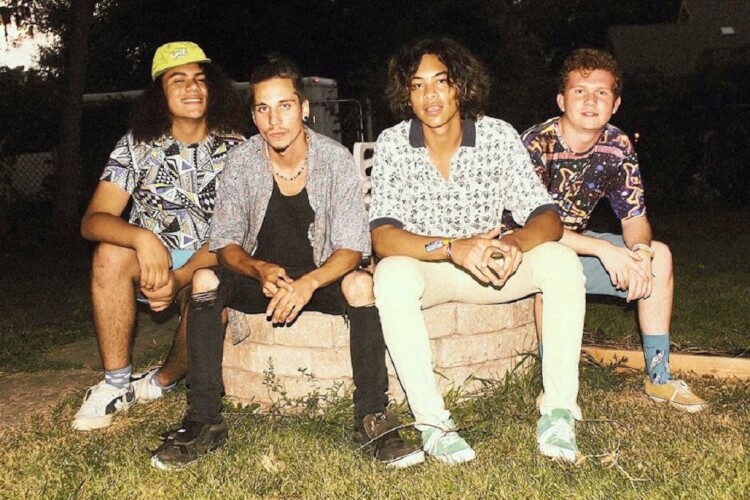 "Immortal Wombat" is available for sale as a cassette on the band's website or a digital download on Bandcamp. LISTEN HERE

But this is no ordinary mixtape. What Stellar West -- Parker Belonio, Cole Onley, Levi Hansen and JC Kuppinger -- created is a revamped re-imagining of last fall's full-length album, "Mortal Wombat."

The operative word here is "re-imagining."

The 2020 album enjoyed a fully produced release, courtesy of Sound Summit studio in Naperville, and was a solid sampling of the band's evolved suburban punk sound.

"Immortal Wombat," on the other hand, isn't exactly punk anymore. It's ska. It's country. It's acoustic and techno and dubstep. Each song on the new release probes a different genre as Belonio and his fellow band members bring their other interests and areas of expertise to play.

"The tape is absurd and extravagant," said Belonio, who sings lead vocals and writes a majority of the band's songs. "You can tell we were having a lot of fun."

Belonio, who dreamed up Stellar West while in middle school back in 2014 with friends and classmates from the Naperville School of Rock, is now a freshman at North Central College, where he studies music composition while learning to write scores for films, among other things.

"I have experimented with a lot of music composition, scoring music for clarinet, flutes, brass sections," he said. "So maybe that kind of shows a little bit in 'Immortal' because it's something new you haven't heard from us before."

With "Immortal Wombat," every band member has a chance to shine, from Hansen's ideas driving a majority of the remix, Kuppinger's rewritten percussion and Onley bringing his EDM production skills to the project.

In true DIY spirit, Stellar West not only produced the remixes with their own equipment and developed the art with friends, but they also recorded the physical cassettes themselves. The old-school way. Hitting record on a blank tape and listening through each time to make sure it doesn't skip or hang up.

"It felt like a cool thing to do, making our own tapes," he said. "It's like the subcultural identity of the underground punk scene. It's not there very much anymore, you know? With all the streaming services out there, it's not very often you go, 'Hey, listen to this tape!'"