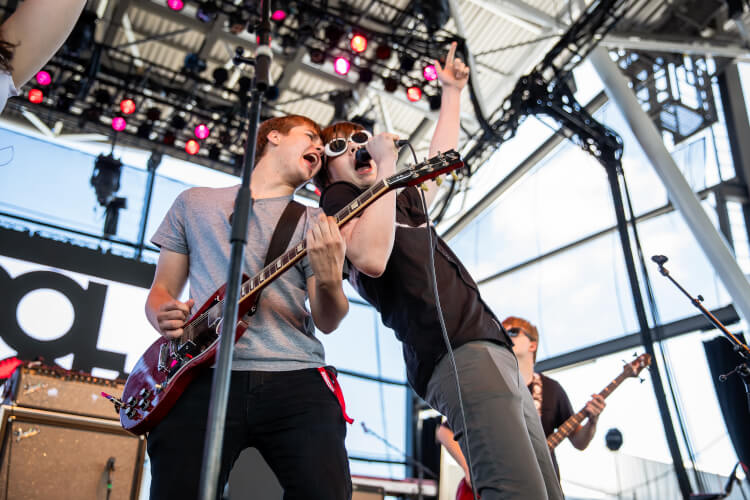 Natick: They've Got the Beat at School of Rock

October 30, 2020IN THE PRESSMetroWest Daily News

NATICK - Craig Small traces his love of rock music to growing up in Maine.

He discovered his father’s records and listened to the tunes of The Beatles and Led Zeppelin.

He recalled “really taking an interest in learning harmonies and things about music I didn’t know I was learning.”

Now, Small, a singer, songwriter and guitarist, hopes to inspire the next generation of musicians through his new rock music school. School of Rock Natick is part of a School of Rock franchise network that includes about 200 locations around the world.

Small and his wife, Nicole, recently opened School of Rock Natick at 217 West Central St. The school, which will have its grand opening Jan. 20, serves aspiring musicians as young as 5 years old as well as adults.

The school offers a range of lessons and group sessions for people of varying ages and abilities. The business, which has eight instructors, features rooms for individual and group work.

The school’s instructors teach students to sing and play drums, guitar, bass and keyboards, but playing rock music is about much more than hitting the right notes, say the Smalls, who live in Framingham.

“It provides a social and creative way for them to thrive,” said Nicole, who is also a graphic designer.

Rock music is an ideal teaching genre because it is timeless, recognizable and comes in different styles, the Smalls said.

“Everybody knows rock music and everybody likes some form of rock music,” said Craig Small, who also plays guitar and sings in a local twang pop band, Airport. “We want songs that resonate with students and parents.”

Small studied film scoring at Berklee College of Music in Boston and has composed songs used in television shows such as “The Amazing Race” and “Dawson’s Creek.”

“It’s awesome,” he said of having his work used for television. “It just goes by so fast. To everyone else in the world, it’s just a song on TV. It’s a special feeling.”

Playing music can give people confidence in public speaking and teach other important life skills, he said.

Classes are already underway. A grand opening will be held from 1 to 4 p.m. Jan 20, and will feature performances from the School of Rock Attleboro’s house band and singer-songwriter Will Dailey. There will also be free trial lessons, which must be booked in advance.

For more information about the school, visit locations.schoolofrock.com/natick.