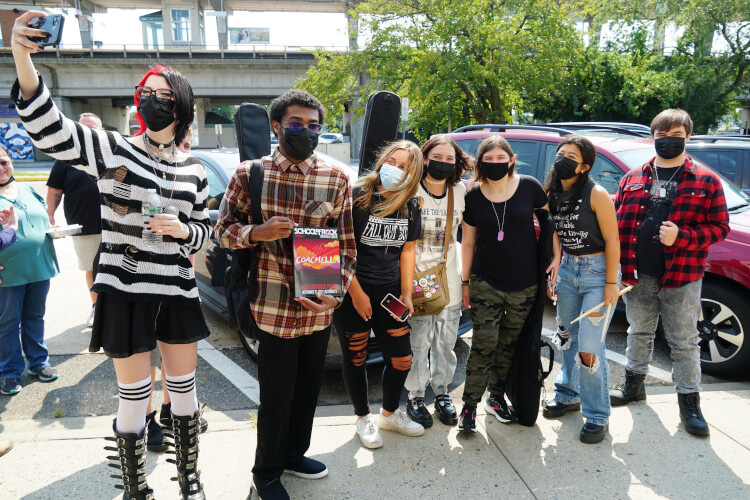 We're going back to the 2000's!  In the early 2000s, there was an astounding resurgence of interest in pop rock and power pop, which was kickstarted with the success of bands such as Blink-182, Nine Days, Good Charlotte, Sum 41 and more.  2000's rock also spread to female musicians including Michelle Branch, Kelly Clarkson, Avril Lavigne, Alanis Morisette and more.  Get ready for a show full of pop punk, post-grunge, hard rock and more!

When you think hard rock, this should be the first band that comes to mind. AC/DC is arguably rock & roll’s LOUDEST bands!! It’s all about sick guitar riffs, thunderous bass lines, big drums and stratospheric vocals.  Of course no one can deny that Jack Black was inspired by Angus Young in his Role for School of Rock the movie!

Listen to: Hell’s Bells, Back in Black, TNT, Dirty Deeds Done Dirt Cheap, You Shook Me All Night Long, etc.

OUR NEW SEASON BEGINS THE WEEK OF FEBRUARY 7, 2022. START YOUR MUSICAL JOURNEY TODAY!