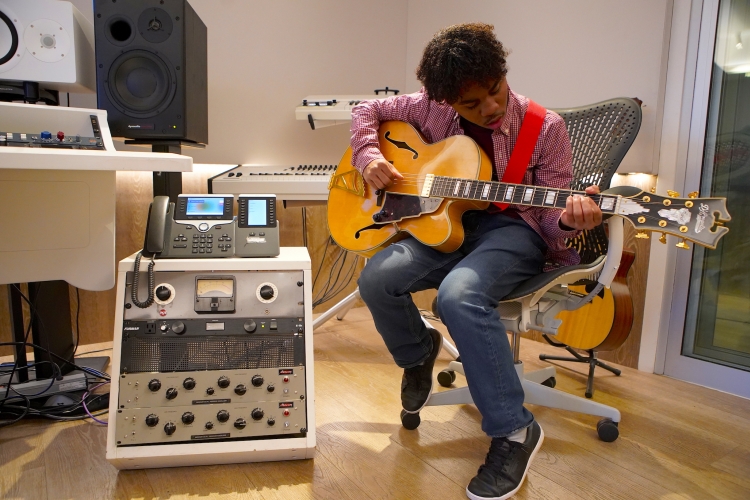 For more than 20 years, School of Rock has been the leader in performance-based music education, bringing musicians of all ages to some of the most iconic stages in the world. This year, in partnership with Atlantic Records and Artist Partner Group (APG), School of Rock will launch a major worldwide artist search called Center Stage. This incredible new talent search will provide the opportunity for musicians around the world to be seen by record label executives.

Beginning this month, singers can submit a five-minute audition video in hopes of being one of approximately 25 selected individuals flown out to Los Angeles for an invaluable industry experience. These artists will perform in front of Atlantic Records and APG executives at a private artist showcase. They will record songs at APG's studios with professional engineers. While not every applicant will receive this showcase opportunity, 100 applicants that show promise as artists will receive a scholarship to a School of Rock camp of their choice.

"School of Rock is one of the largest communities of creators in the world," says Rob Price, CEO of School of Rock. "We pride ourselves on taking students out of a practice room and putting them on to the stage. With Center Stage, we're giving these talented artists the potential to reach their biggest audience yet. It's an honor to be a central part of that journey."

"One of my top priorities is to break down the barriers of entry in the industry. School of Rock has valuable resources to develop one's artistry, and Center Stage is a unique platform for the discovery of talent," says Mike Caren, CEO of Artist Partner Group.

For more information on the Center Stage program and how you can audition, please visit www.schoolofrock.com/centerstage.

ABOUT SCHOOL OF ROCKSchool of Rock helps aspiring musicians master skills, unleash creativity and develop tools they need to thrive in life. Founded as a single school in Philadelphia, PA in 1998, School of Rock has become a rapidly growing international franchise operating more than 230 schools in ten global markets. Since 2009, School of Rock has grown their student count from 4,000 to more than 33,000. School of Rock offers a wide variety of music lessons, including guitar lessons, singing lessons and piano lessons (available at www.schoolofrock.com/lessons).

For more information on School of Rock visit www.SchoolofRock.com or call 866-695-5515. To learn more about School of Rock franchise opportunities head to http://franchising.schoolofrock.com/.