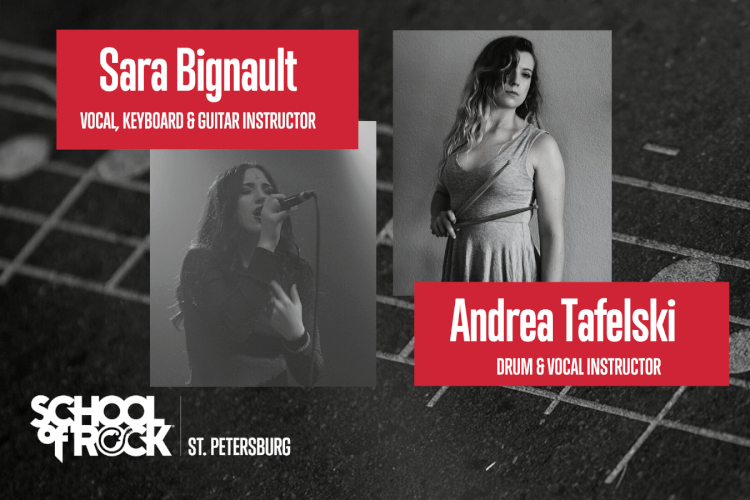 March 4, 2020STUDENTS-ALUMNI-TEACHERS
Sara Bignault - Vocal, Keyboard, Guitar Instructor
Sara is a multi-instrumentalist, songwriter, and vocalist from Nashville TN. In true Nashville fashion, Sara has been singing and writing her own songs, both lyrically and instrumentally, for as long as she can remember. At age five she fell in love with playing the piano and began taking lessons, and later began playing guitar and taking vocal lessons at age 13.
Throughout high school, Sara participated in choir, acapella groups, musicals, orchestral band, lead worship as the lead keyboard player at her church, all the while continuing to write her own music and also performing in Stella Louise, a band formed by her and her friends, as the lead vocalist.
Upon graduation, Sara pursued a Bachelor of Science in Audio Production at Middle Tennessee State University in their Recording Industry program with a minor in Entertainment Technology.
As a teen, Sara found her love for teaching piano. Since the start of her teaching career, she has taught numerous students ranging from as young as 5 years old to as old as 87.  Sara thrives by helping others ignite their passion for music and tailors each lesson according to the student’s interest. Offering a variety of styles, Sara's teaching methods include by note, ear, theory, chord charts, the Nashville Number System, songwriting/composition, ear training, harmony, improvisation, and more.
With experience in nearly every genre -- she has written hip hop songs for NFL player Marquette King.  In addition, she was featured as a backing vocalist in Country singer Dylan Scott’s “Love Yourself” music video with over one million views on Youtube.  Sara has played the same stage as Grammy award-winning band Cage the Elephant while singing as the backing vocalist, writer, and rhythm guitarist for former indie-psych band Astronomy Club.  She now pursues her own solo career as an EDM Pop artist, gracing the stage for some of EDM’s biggest fans.
In 2019, she debuted her self written and co-produced EP “Shades of Gold,” and performed across the US in cities such as Cincinnati, Nashville, and Tampa.
Sara currently continues to pursue her solo career as an artist, collaborates consistently with others across the music industry, and teaches piano, guitar and vocal performance at the St. Pete School of Rock. 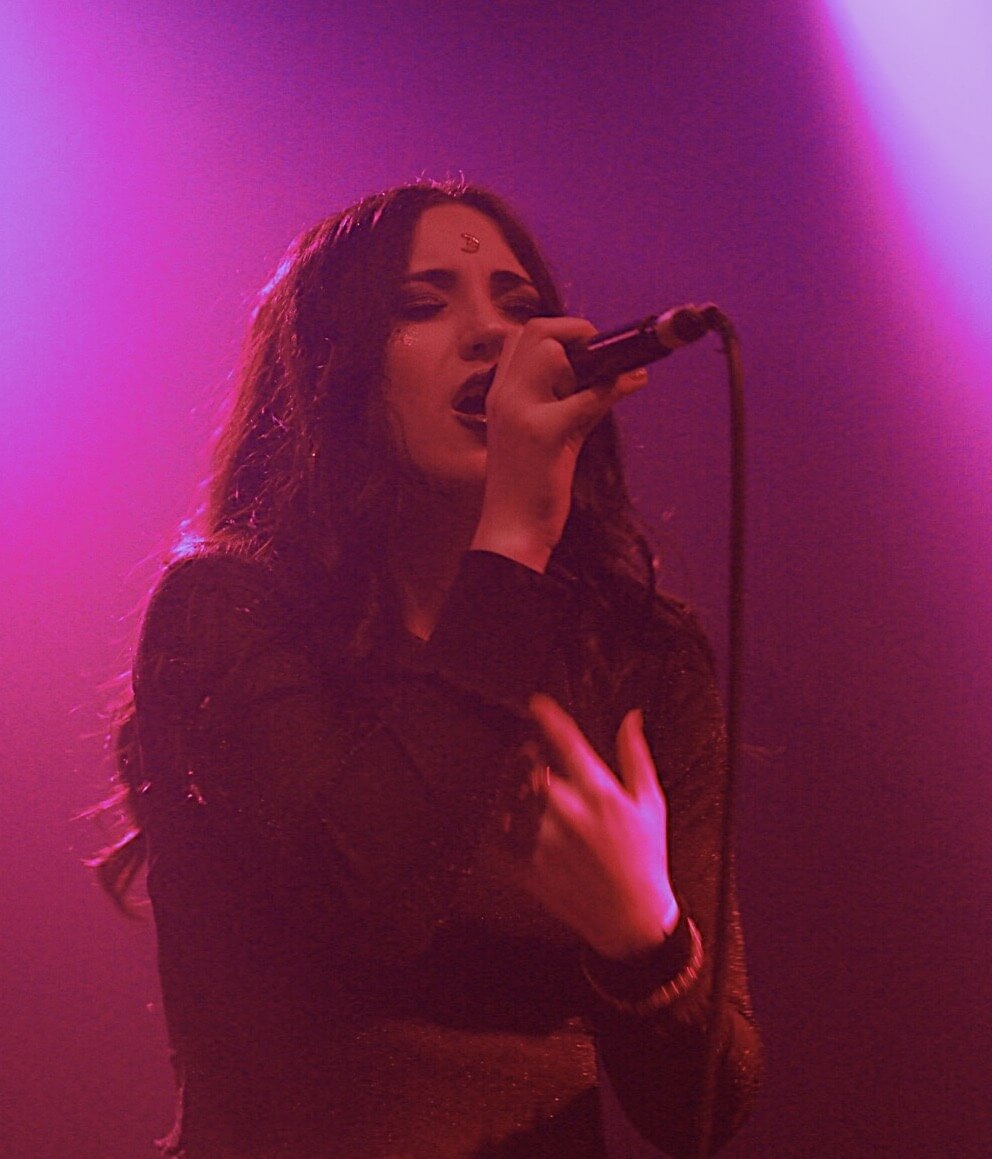 Sara Bignault - Vocal, Keyboard, Guitar Instructor
Andrea Tafelski - Drum, Vocal Instructor
By combining her rigorous conservatory training in percussion, her voice, and her passion for songwriting, Andrea has forged a unique and memorable musical experience. She puts percussion in the forefront of her music, using her familiarity with it to compose her songs as well as to perform them. You’ll find her utilizing the Malletstation, Drumset, and voice simultaneously during solo performances as well as with her group Andē and Co. She has recently performed at Black Crow and Golden Hour Series in Saint Petersburg and is frequently performing in venues throughout St. Petersburg and Tampa.
Andrea has a Bachelor of Music Performance degree from The Cleveland Institute of Music in Percussion/Timpani and has spent extensive time studying chamber percussion music with the group Sō Percussion (Brooklyn, NY). She has also played percussion for Hanson and il Divo as well as performed with Opera Tampa, St.Petersburg Opera, and is currently on the percussion substitute list for The Florida Orchestra. Andrea is an artist on the Beetle Percussion roster.  She is currently teaching drums and vocal instruction at the St. Pete School of Rock. 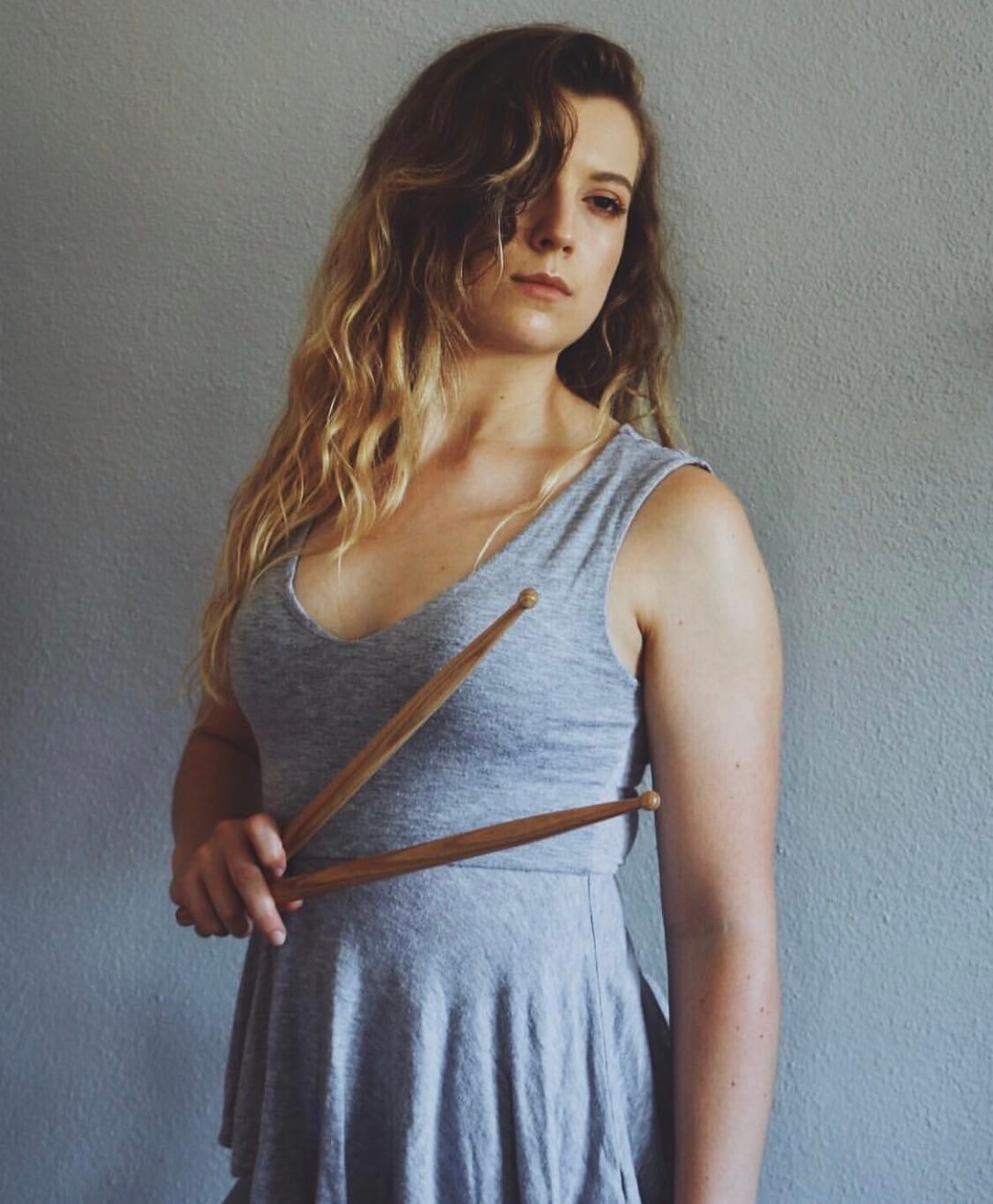