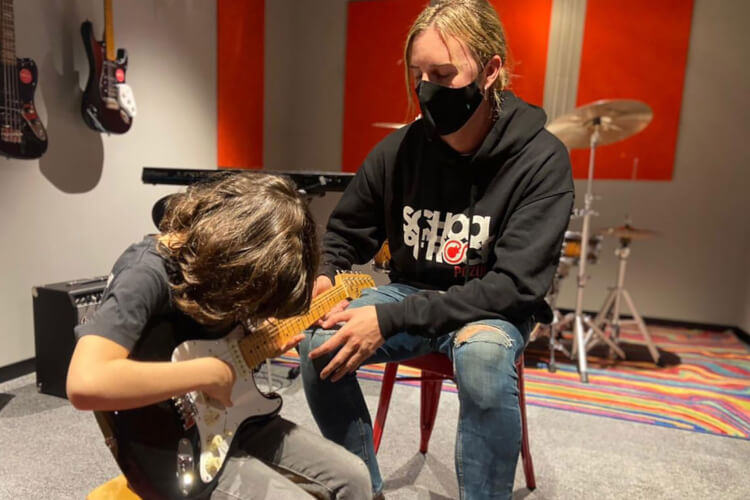 The first school in Madrid, Spain officially opened mid May 2021, the first entry into Europe for the franchise. Paulo Portela, School of Rock's master franchisee in Brazil, Spain and Portugal will open 28 schools throughout Spain and Portugal over the next 10 years.

"We are thrilled for School of Rock to have a presence in Europe and help support the next generation of artists," said Rob Price, CEO of School of Rock. "Paulo Portela has already made such a positive impact on students in Brazil, and with his devotion to the School of Rock brand, he is the ideal person to lead this expansion across Spain and Portugal."

The new school, located in Pozuelo de Alarcón, will be owned by Luigi Lubelli, his wife Cristina Fernández and her brothers Ángel, Marcos and Alfonso. "This is the first of 20 Schools planned to be opening soon in Spain. We're excited with the impact School of Rock will have in Spain and Europe families," says Fernando Augusto, CEO of School of Rock Spain and partner in the Brazil, Spain and Portugal Holding.

"We chose to launch School of Rock because it offers the opportunity to both run an attractive business and truly make a difference in the lives of children and adults," said Luigi Lubelli. "We are elated to bring this fun performance-based music education curriculum to Spain."

The Madrid school's launch marks the 15th country open or in development for School of Rock. There are currently 291 existing School of Rock locations open and operating across 11 countries including the United States, Canada, Mexico, Brazil, Peru, Chile, South Africa, Australia, Philippines, Paraguay, and Spain. School of Rock will be opening locations in Taiwan, Ireland, Colombia and Portugal later this year.