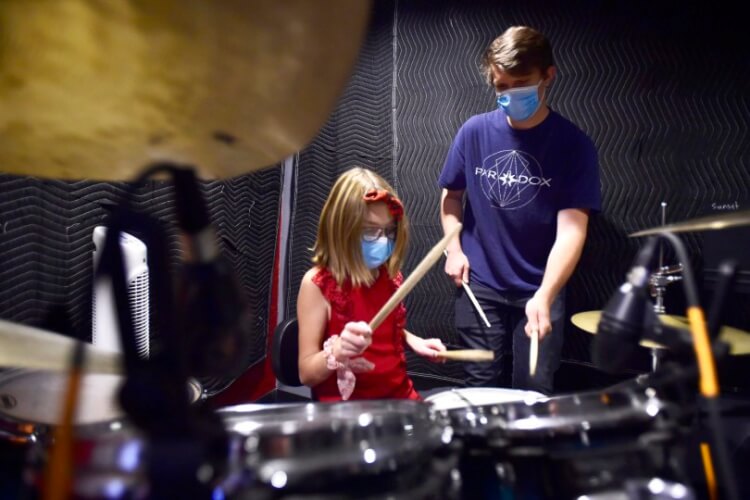 Broomfield businesses teach others to pivot in response to COVID-19 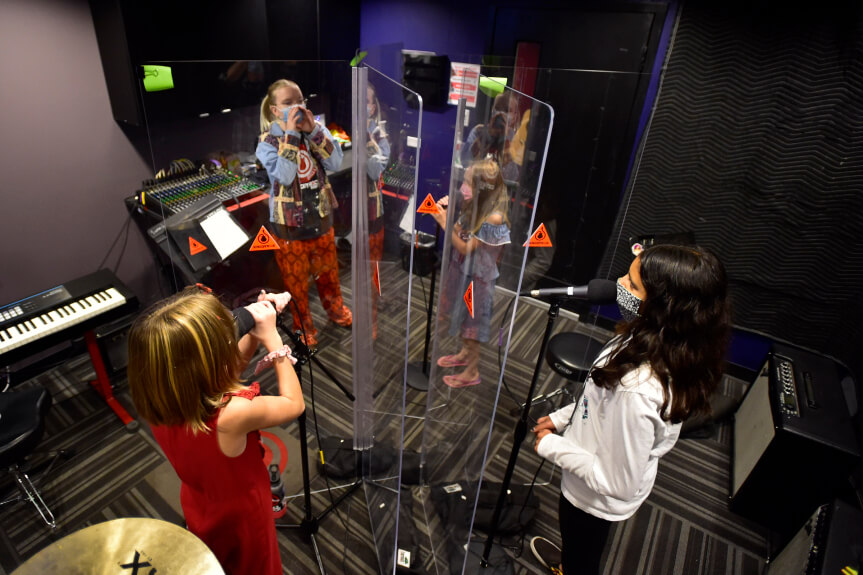 Broomfield, CO - AUGUST 31: Vocal teacher Kaz Marie, top, instructs students, from left, Izzy Coons, 11, Oona Schnatwinkel, 9, and Suhawn Dave, 10, while the four of them stand behind clear partitions during a Rock 101 class at School of Rock on Aug. 28,

Owners of several Broomfield businesses whose in-person operations shut down in mid-March shared how they weathered the COVID-19 storm and flourished in challenging times.

Some of those business owners participated in a webinar from the Broomfield Chamber of Commerce’s Education Series “Re-Focusing and Pivoting Your Business During a Crisis,” on Thursday afternoon.

Jennifer Moriarta, owner of Broomfield’s School of Rock, was one of the featured panelists in last week’s session. School of Rock’s corporate office was helpful in offering guidance on how to work virtually and with setting up a remote lesson platform right away, she said.

By St. Patrick’s Day, it was able to hold its first remote lessons with teachers instructing from home. Part of the challenge was making sure teachers had a safe and quiet place where they could set up equipment to hold effective lessons, Moriarta said.

“So much of what School of Rock is about is the band and band rehearsal,” she said. “That’s what makes it special.” 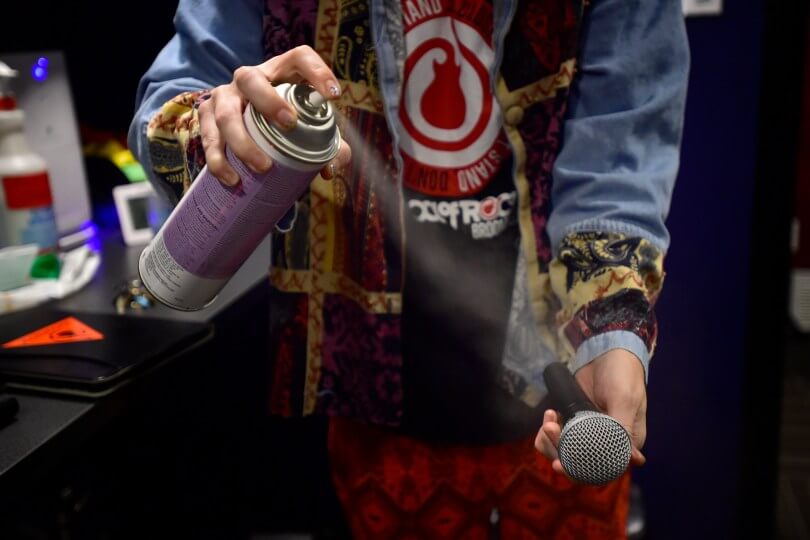 Instead of having students play songs together, students started individually recording songs at home with their iPhone or whatever equipment they had, which they then submitted to their directors. Teachers then put the songs together using software they were well-versed in, Moriarta said. The finished product was impressive, she said, although not perfect because the sound quality wasn’t professionally recorded.

“It was heart-warming when the songs came together and to hear what they came up with,” she said. “It was a lot of work to do in that couple of months.”

The school opened doors for in-person rehearsals around June 1, she said, because while teachers were working with students, she was working on readying the space for safe use. It involved a lot of cleaning supplies, Plexiglass, stocking shelves with masks and removing furniture to accommodate students without overcrowding the building.

On June 20, the school hosted a live performance without an audience. The school worked with Dog House Music in Lafayette to professionally live stream the show with students playing while socially distanced in the studio.

“It was awesome,” Moriarta said. “Even though we didn’t get to play for a live audience, it was on Facebook and people from all over the country could watch it. Family members who normally couldn’t come to a show could watch the live performance.”

At that point, every band in the world was forced to live stream to get their music heard, she said, even the Rolling Stones.

“I told them ‘you guys have really pulled through in this difficult time, but you know have this experience,’” she said. “We’ve never thought we’d do anything like that.”

The school is kept only 50% occupied at all times now and has extended its hours to seven days a week.

The business understandably lost students in March and April, she said, but it is surviving. Over the summer they gained back some of the students who were lost or who took a break, and new students since have joined.

Enrollment is down about 15 to 17%, she said, which, considering the alternative, is not too bad. School officials and students have also learned new ways of doing things, she said, and now have the experience of live streaming and recording under their belt, which included learning about things such as license requirements. They also now know they can go to virtual classes in the event of inclement weather.

In the meantime, teachers are still teaching remote lessons for those students who are not comfortable coming into the studio or who live with people whose health is compromised. The school currently serves about 175 students; before March that number was more than 200. It had dropped as low as 130 during the shutdown. 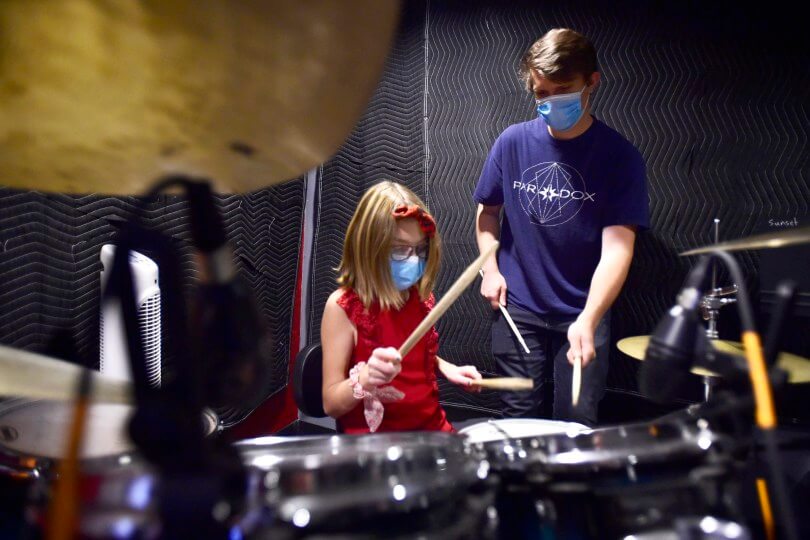 The school will host on a fundraiser for Broomfield FISH with a show from 5 to 7:30 p.m. Sept. 19 in the School of Rock parking lot. Younger students and the house band, which is traditionally taken to Red Rocks Amphitheater, will perform.

Click here to read the full article in Colorado Daily.