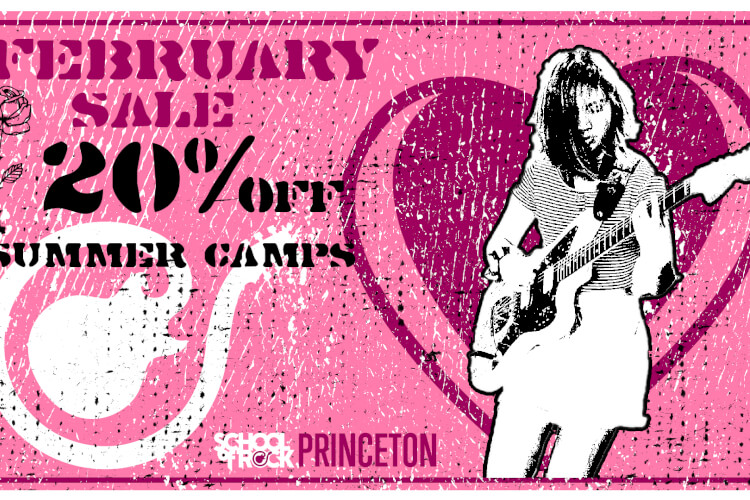 Save On Princeton School Of Rock Summer Camps In February

In February, School of Rock Princeton will reduce its 2021 Summer Camps prices by 20%, approximately $120 in savings. This offer will be available throughout the month of February and will be exclusively for online purchases only for customers using promo code LOVE21 at locations.schoolofrock.com/princeton/music-camp.

"This summer, we're offering a variety of awesome camp options that young musicians will love - and their parents will love them even more with our special cyber savings," says School of Rock Princeton's General Manager Billie Seeland. "This offer is available for each of our weekly camps, and parents can apply the promo code to their entire purchase if they're interested in having their kids attend multiple camp programs."

Each camp will provide young musicians with a hands-on atmosphere where they'll learn performance techniques and the art of being in a rock band. Camp days will include private lessons for guitar, bass, drums, keyboard, or vocals; music theory; rehearsal techniques; performance practice; and group band rehearsals. On the last day of each camp, campers will perform the songs that they learned during the week in a rock show, on stage in front of a live audience.